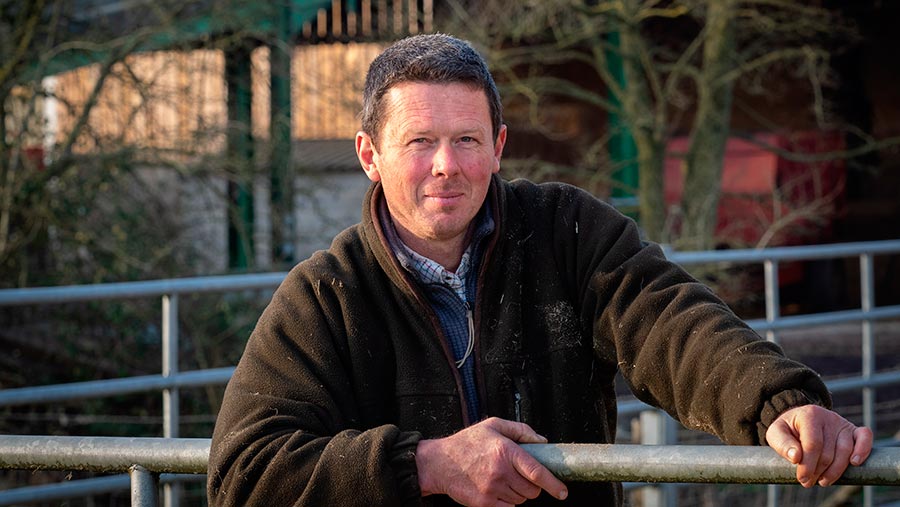 I am disappointed that wealthy, well-fed television executives choose to commission programmes attacking farmers that would probably see them end up in court if they attacked another minority group.

The way I see it, us farmers are almost a religion. We pursue a way of life without monetary reward most of the time, so surely, we qualify for protection?

Back in the omnivorous world, the sheep are only just managing to be herbivores due to the amount of muddy grazing they have had to deal with.

See also: Advice on testing your flock for fluke after wet weather

Luckily, we’ve had no more sheep stolen, although unfortunately three big bunches of sheep were taken over Christmas in this area.This is organised crime deserving of more police time, but with job cuts it’s difficult.

The pedigree Charollais ewes are nearly finished lambing. The early Suffolk crosses are getting on well.

It will be a while before they are out because of the moist fields.

We still have a lot of hoggs with no condition on them due to the low dry matter grazing, so we have bitten the bullet and bought some dry food.

Hopefully the finished price will repay this investment.

Our four-weeks-premature calf is doing well on three feeds a day with his thermal jacket.

Analysis of our calving figures does not make for good reading. We have lost two mixed-up twins; we had a still-born calf and lost two early on after a dog worrying incident – leaving us with 20 calves from 24 cows.

We sold the dams with the two slipped calves for £1,480 each.

Thoughts of financial planning seem to be as challenging as the weather.

I have always put a bit of a buffer in the budget, but last year has sucked out more than the buffer.

We are all guessing what the next 12 months will bring. How will the government treat us? How long will trade deals really take?

Then there are the farm decisions to take. We have not yet heard from the Rural Payments Agency (RPA) regarding the water catchment grant application.

This is imperative to our forward plan. We need to know the correct way they would like us to go.