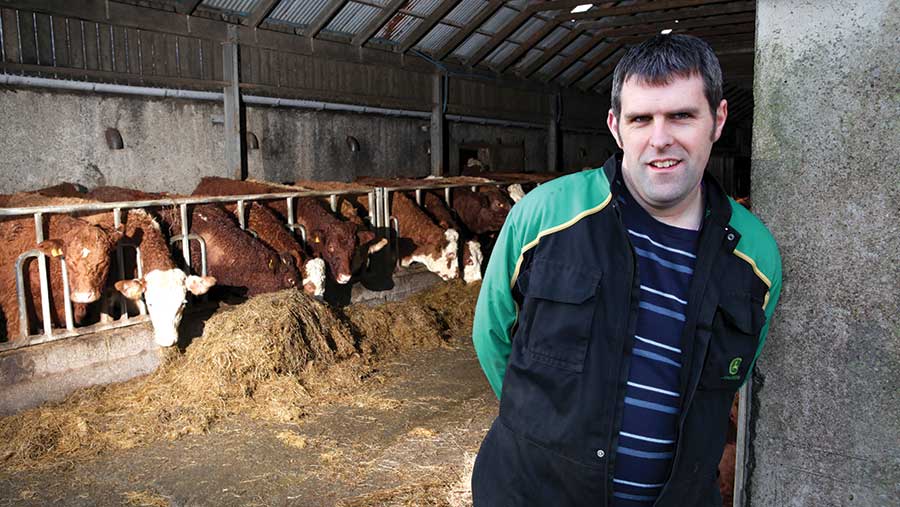 The world seems a very different place compared with when I wrote my last article.

Obviously being a group of islands, it should be easier to isolate, but sadly we have had a few cases of Covid-19 in Orkney.

It’s not the worst time of year to have the bairns home from school and, other than the roads being so much quieter and all our supplies being delivered rather than collected, things aren’t much different than normal for us at this time of year.

See also: How to manage minerals in suckler cows pre-calving

I had been hoping the calving would be finished by the time I wrote this, but there is one cow determined to hang on as long as possible. Calving has gone reasonably well. We’ve had 86 cows calve, of which nine were assisted and four of those came with twins.

I’ve calved cows long enough to know that it’s ‘when’ rather than ‘if’ things are going to go wrong.

Five out of the next 10 needed assistance of some sort and I lost three of those calves. Thankfully, we have had plenty of twins this year which is a great bonus if you do lose any singles.

Although it has been fairly cold some days, we have had a great spell of dry weather. I’ve managed to get some slurry out and there have been ploughs and drills working all over the county.

I wanted to finish off by saying how shocked and saddened I was to hear of the passing of Richard Tudor. I first met Richard at the 2016 Nuffield conference when he was just starting his Nuffield journey.

Richard and John Yeomans then arranged for me to do a series of farmers’ meetings in Wales the next year through Farming Connect.

I stayed with the Tudor family for some of the time I was in Wales and I will never forget their kindness and hospitality.

In the three days I was there Richard hosted a farmers’ meeting on the farm, hosted a group of agricultural students, gave me a tour of his own farm and took me to visit other farmers.

Richard will be missed by many people and our thoughts are with his family at this time.