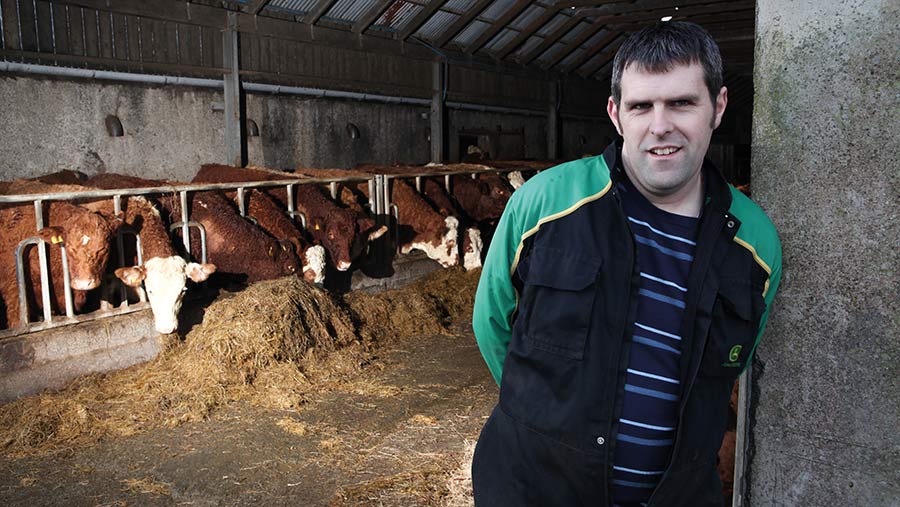 Like some other farmers I’ve spoken to, I have reduced my fertiliser order.

We are fortunate to have a few hundred bales of silage left over, so I thought I would try to make do with about two thirds of the normal amount.

It seemed the sensible thing to do in the dead of winter when I placed the order. But now I’m out spreading it, I’ve certainly got all my fingers crossed that we have a good growing season.

The first week of April’s weather was poor. Other than being a bit cool, though, the rest of the month was good.

There wasn’t a day you couldn’t put ewes and lambs outside, and there was a lot of sowing done in late April across Orkney.

Calving finished at the end of April. We finished up with 104 live calves from 99 cows. I think it might be the best calving we have ever had.

The silage the cows ate was the same silage the ewes had, and things have been far from straightforward with the sheep.

We had a calcium deficiency issue before they lambed and magnesium deficiency after. Some of the triplets weren’t strong enough and we had a few sets of very mismatched twins.

These are all signs of inadequate nutrition, so we altered their diet and did see an improvement in the second half of lambing.

My father was asking me if our lambing was finished. I said there was one left to lamb, but if she didn’t deliver shortly then she probably wasn’t in lamb, as we know when the tups were taken out.

He reminded me of a story about a farmer who obviously wasn’t a “born stockman”. A neighbour was visiting and asked if his calving was finished.

He said he wished it was, as he had been getting up each night for weeks to check just one that still hadn’t produced a calf.

Obviously, this was long before calving sensors and cameras. The farmer invited his neighbour out to the byre (cowshed) to see the animal in question.

The neighbour was quick to point out that he would wait a while before that particular beast calved, because it was a bullock.