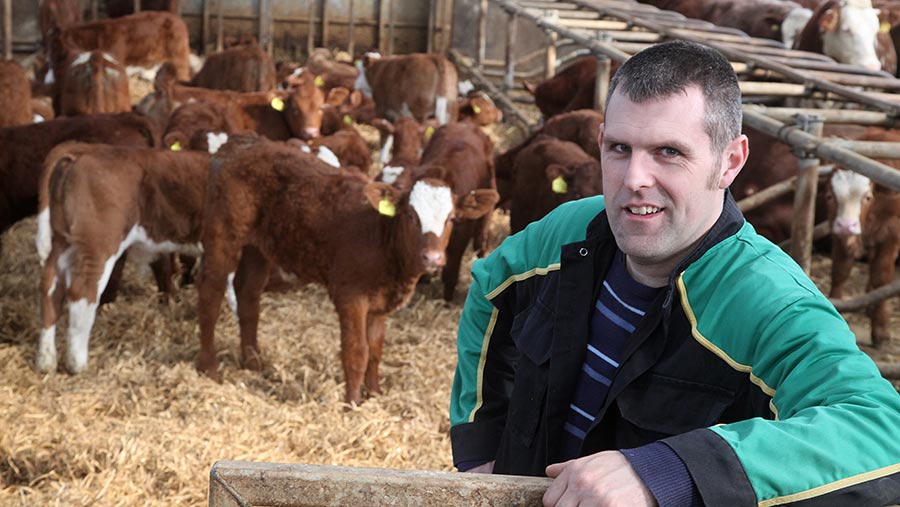 Orkney has a reputation for changeable weather, and people say it can have four seasons in one day.

This can be frustrating at some times of the year but when the weather changes quickly for the better, we don’t complain.

On 3 April we woke up to strong northerly winds and driving rain which made it one of the worst days of the whole winter. A week later and it was all forgotten.

A few days of good drying weather and the county came alive with muck spreaders, ploughs and seeders.

Three weeks later we are wanting rain again, now that sowing is done. Thankfully, we did have some recently.

Last year our spring barley was damaged badly by grub (leatherjackets). It was obvious they did the most damage in the parts of the field which had the least compaction.

It was my own fault for power harrowing too deeply and leaving the seed bed too soft. This year I rolled the ploughing land before power harrowing, and rolled again soon after the seeder.

Time will tell whether that is enough to keep the leatherjackets from doing too much damage.

Calving has just finished today. Other than one weekend when the tractor broke down, two calves died, a caesarean was required and a cow was down with phosphorus deficiency, things were reasonably straightforward.

From an early age I always had an interest in keeping records of my Dad’s cows, and this has only got worse with my own. So this is 2019 calving at Millburn:

The bulls were in for eight to nine weeks. The cows scanned at 95% and have finished the calving at 93%.

Of these, 66% calved in the first three weeks, 29% in weeks four to six and 5% in the last three weeks, and they have an average calving interval of 365 days.

Furthermore, 88% of the cows calved unassisted and 84% of the calves found the udder by themselves.

Thankfully, the calves have been lively and it is mostly older cows with bigger udders which required assistance. Either that or it was me giving the calf a wee help so I could get to bed.