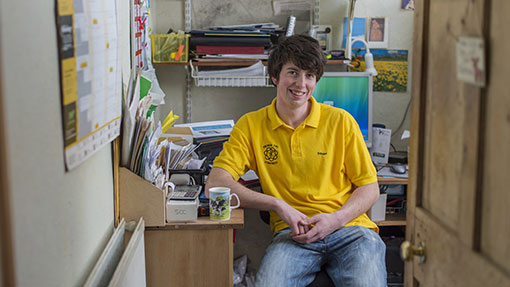 The day-to-day farming routine has the power to amaze and frighten me in equal measure. When I start my day, I have a set routine of jobs I need to do, as I’m sure most people do.

Having this feels comfortable, it’s nice. It gives purpose to the day and helps guide what time is available to do which jobs.

The scary part comes when the things we do monthly come around – mobility scoring, foot trimming, milk recording and the like. The even scarier part comes when we start calving or breeding again.

Or worse still when we do our annual budget or our annual TB test – we’ve just had ours and passed thankfully. We look back at the gaps in between these events and ponder where the time went and why we still haven’t got this, that or the other sorted. Like I said, it’s frightening to see all that time go by.

While pondering the amount of time it has taken for us to not get something done, my thoughts turn to CAP reform. More than three years have passed since discussions began about reforming this monster of EU policy and while progress has been made and deals done, it’s far from finished.

With the new Basic Payment Scheme going to existing Single Payment Scheme recipients as well as extra money for young farmers, all would appear to be rosy. Only they haven’t agreed who is an active farmer and what an active farmer does. If they happen to farm on the borders with land in both England as well as Wales or Scotland then things become even more cloudy. After all that, how much of your farm you’re allowed to farm is so far undecided as greening rules need to be applied. Just don’t expect to grow what you want with what’s left, as the new three-crop rule will probably dictate what goes in the ground.

As someone just entering the industry I’m concerned there is plenty to do and not much time to do it. This is a big piece of policy and decisions need to be measured and not rushed. It has taken long enough to get here and it’s still not complete. With less than 12 months until its implementation, and with the SPS cheque being a valuable part of most farm businesses, the problems arising from any wrong decisions made now will take years to fix. Then we get to do it all again in 2020.

Ross Symons farms 200 dairy cows, including his own small herd of pedigree Holsteins, with his parents near Truro, Cornwall. They are converting their year-round calving herd to autumn block calving.