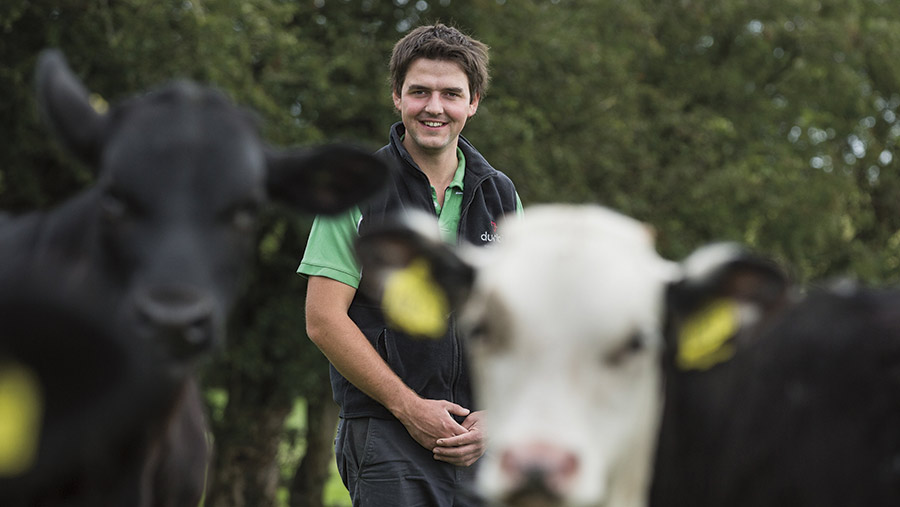 As regular readers may remember, we carried out a CIDR-Synch programme on our home-bred replacement heifers.

The heifers were bred from our Hereford and Stabiliser stock bulls and our Limousin-cross cows.

After considerable calving difficulties this year with the Stabiliser bull, which was used on all our heifers last year, we wanted to be sure of proven easy calving genetics – hence the use of AI.

The programme result was 62% – 10 of the 16 heifers were in-calf from the programme service. I then AI’d the heifers that repeated.

In total, 12 of the 16 heifers were in-calf after the one programme service and the repeat service.

We had purchased an Aberdeen Angus bull this year, which has very easy calving figures and good growth rates.

We used him on our 21 bought replacement heifers, and all 21 were in-calf after a seven-week bulling period.

If the Aberdeen Angus bull’s easy calving figures prove to be correct, in future I will use him – as opposed to the AI programme – as it is cheaper and had better results on our farm.

Scanning was unable to pick up pregnancies younger than 25 days, meaning 75 of the 90 cows were in-calf after just under six weeks of the bulling period.

The bulls were removed on 1 August and we will re-scan cows not confirmed in-calf in September, with empties being culled.

Creep feeders were introduced on 1 August and I hope to build all calves up to 2kg of meal before weaning.

All last year’s spring-born bulls have now been slaughtered, with an average carcass weight of 419kg.

Despite the Stabiliser calves being heavier than the Hereford- and Charolais-bred bulls at weaning, they had the lightest average carcass weights of the three breeds.