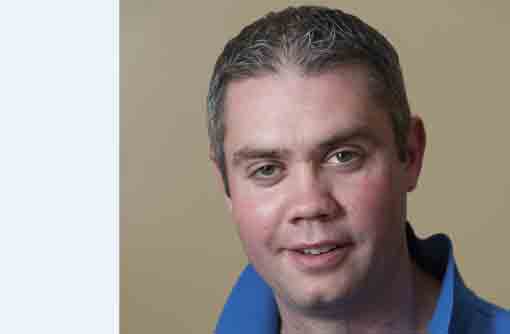 The past few weeks have been quite difficult trying to source forage to help stretch our own limited stocks. Thankfully with good neighbours, and also my brother-in-law (after a bit of gentle persuasion), we managed to buy enough silage to keep us going until we the first cut was made.

A massive thanks goes to these people and for also being level headed, keeping prices reasonable. With supplies low and demand high some farmers here have been selling it at up to £75/t, I just hope they never run out of silage. It’s bad enough supermarkets and processors squeezing farmers without farmers squeezing each other!

A total 32ha of forage maize was drilled at the start of the month into really nice dry seedbeds. However, with temperatures still quite low it was been very slow to germinate.

First cut silage was taken about three weeks later than normal. Even after the late year we’ve had, it actually bulked up well and seems to be of fairly high quality. Brian Horner, our contractor, who was just out of hospital and the rest of “Team Green”, did an excellent job harvesting it.

Lorna, the kids and I managed to get a day out at the newly relocated Balmoral Show. The RUAS did a super job organising this event in such a short space of time; even the weather was kind. The quality of stock on show was a real credit to their owners, making the judging process I’m sure quite difficult.

I would definitely encourage all those involved in agriculture both here and across the water to look into visiting this show next year as it has so much to offer all farming sectors.