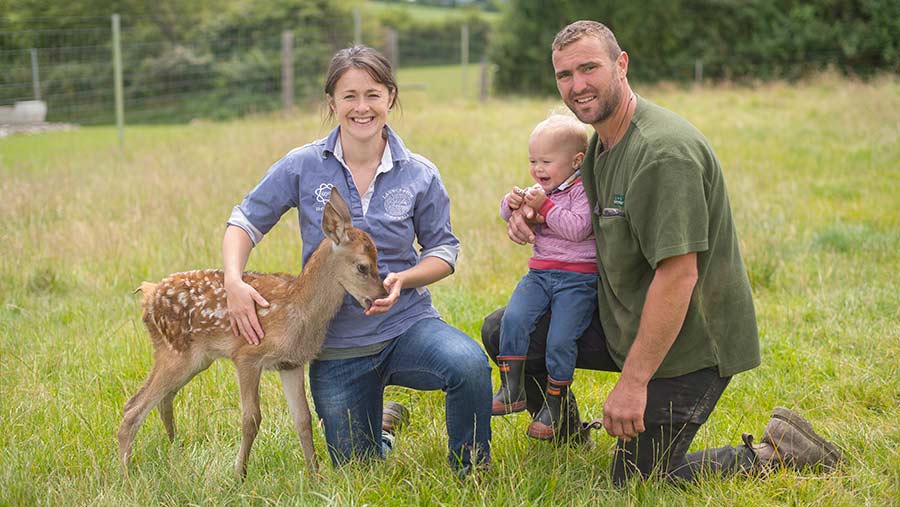 Everyone has now returned home from the successful world sheep-shearing record we held on our property at the end of July, and it was awesome to see them all.

On the evening before they went home, just when we were thinking life was going to calm down, we had a phone call from the Rural Payments Agency wanting to do a sheep inspection.

We are now professionals at these – two inspections in three weeks. The inspector was a nice guy and all turned out to be OK so it was a great feeling that all was well after such a hectic time. I laugh at Pip being obsessive with her paperwork but it does pay off when you get those on-the-spot checks.

The newly purchased deer were going backwards in condition despite having more than adequate feed so we sent off faecal egg samples to our vet. The results showed they had liver fluke, which is not very common in deer, but at least it diagnosed the problem.

Our next problem was the deer-handling facility had only just started, so the pressure was on to deal with the problem. We were lucky enough to have the guy who designed and helped build the shed, and who we bought the deer from on site, so he knew our concern and was putting in all hours to get the shed up and running.

Now the fun has started. You know the first time you ever use anything, you find out where the weak spots are. Well, we found some.

Never underestimate the power of a group of deer deciding they don’t want to go somewhere. They will flatten a fence – as we found out – which wouldn’t have been as big an issue if the fence they flattened didn’t lead out to an area of the farm that had no deer fences yet.

Character building is the best word to describe it. Needless to say, I found my running legs and our helpers had a crash course in deer handling. Dusty’s pram also found another gear.

Happy to say we managed to get them all back in with the knowledge of our mentors and legs of enthusiasts.