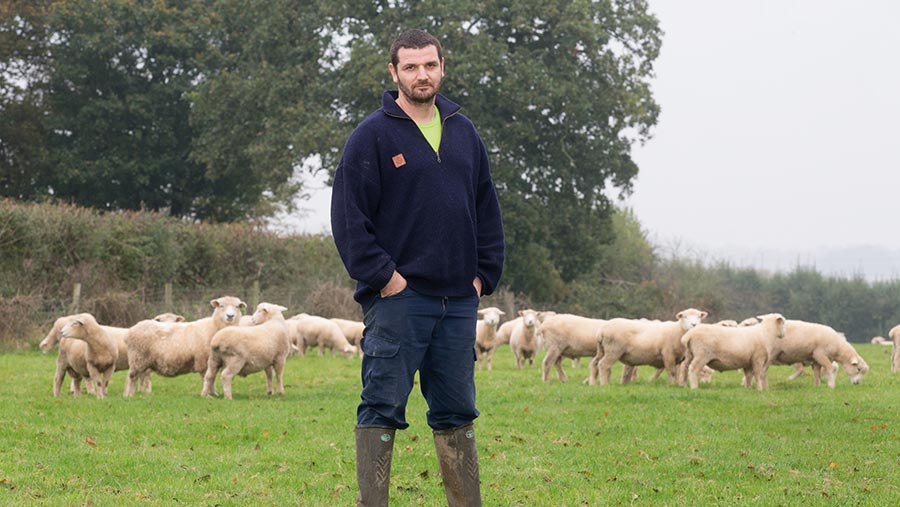 In March we reported a dog attack in which a sheep was butchered and stolen.

Having compared scanning results in the 500 ewe and ewe lamb recorded mobs to what we picked up dead at lambing, we are around 100 lambs down.

I am writing this while subsoiling so forgive the inexact numbers, but we scanned something like 796 lambs in the recorded group and we picked up about 70 dead lambs from lambing to weaning. We DNA-recorded 596 lambs, with 20 tags being a failure, so this leaves about 100 lambs unaccounted for, which at £100 a lamb is £10,000. 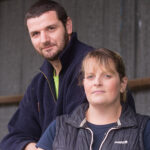 Our rationale for thinking these lambs were aborted is that there is usually some sign if it’s a predator like a fox. It’s strange for DNA-tested sheep to scan with twins and have no lambs.

On the whole though, sheep performance is positive. Cover crops are in and growing, ewe lambs have all largely left the farm and next week we back-fat scan and take wool samples.

We will test micron ratings from 200 recorded ram lambs and draw the best 50 for use on the commercial flock this November.

On the arable side, I can’t be alone in being disappointed with the harvest. So far my arable career has comprised of two droughts and then this.

As we write, we are just about to finish the last of the peas, leaving around 100ha of spring wheat to combine in early September. The harvest season started with grass seed, which has yielded very well and set the season off at a high.

Then it started raining and we hardly had any sun, so everything was taking an age to ripen or burn the dew off each morning.

We had to fire up the drier for the first time since we arrived on the farm. Huge thanks to Mark Weatherhead and his team from the local dealership who helped us set it up.

An extra special thanks is owed to Milton Keynes Pump and Motors for answering the phone on Bank Holiday Sunday. They went in and opened up the warehouse so I could get a fan motor for the drier. I expected to have to leave a message, but we got sorted that same day.

Rob and Jo Hodgkins run 2,300 ewes across 210ha of grass and have 566ha of arable in Hertfordshire, producing lambs for Tesco and breeding sheep through Kaiapoi Romneys. Subsidy-free sheep farming means ewes must be functional, lamb outdoors and produce lambs on forage alone.