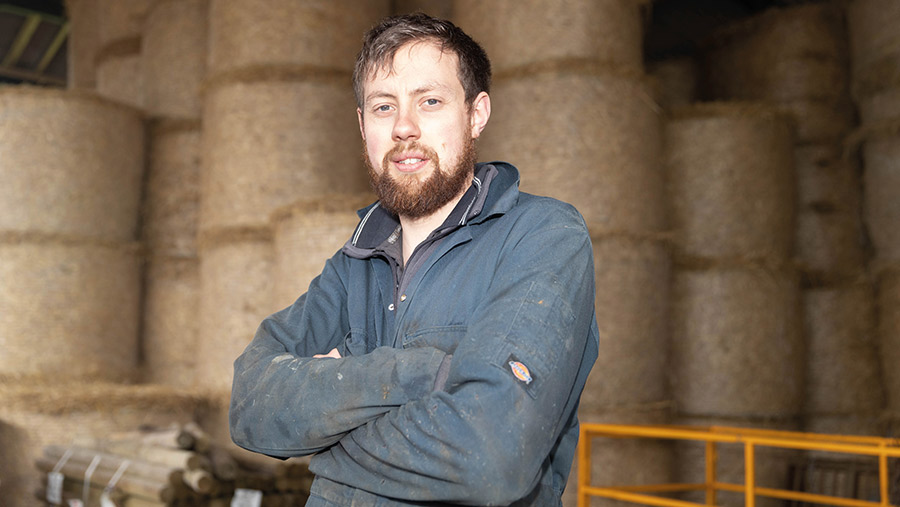 It’s incredibly satisfying seeing the grass clamp as full as it’s ever been after only two cuts. It does lead me to wonder where I’m going to put the remaining two cuts though.

The maize is looking well, the best of which followed potatoes, was slurried, cultivated with a Kverneland DTX and flat-lifted instead of being ploughed.

We will definitely use this method in the coming years until I’m brave enough to direct-drill.

We cut the wheat for wholecrop in the second week of July. The clamp was full with 7.28ha (18 acres) of crop and means we can keep starch in the diet between the end of last year’s maize and this year’s.

The cows have been grazing since mid-April and after two rotations of strip grazing are well into paddock grazing.

Yield dropped from 37 litres a cow a day to 32 litres at turnout and has stayed there through into the summer.

The fields are split in 2ha (4-5-acre) paddocks providing a 21-day grazing platform – if the grass grows.

Thanks to the lack of rain, the grass stopped growing by early July and we have had to make up 50% of the diet with winter ration.

The yearling heifers will come back from grazing to get weighed a month earlier than normal.

Any under 350kg will go back out until September; the rest will stay at home, get a heat collar and be served to sexed semen when they reach 380kg.

We have always been a little late in serving the eldest heifers, and as we are down on heifer grazing for next year, I’d like to have some heifers calve at around turnout to ease pressure on the remaining grazing platform.

We decided as a family to support my sister, Nina’s lifelong ambition of building and running a café on farm.

After much discussion and research we settled on starting a new business with a milk vending machine and building up to ice cream and a café.

My partner, Sophie, Nina and I have been using our spare time and limited knowledge of building to convert a shipping container into a micro-dairy and milk vending room. Ice cream is also made here and sold in our small café in the old workshop building nearby.

It has been a massive learning curve for me to go from dealing with cows, machinery and crops every day to all of the above, and customers who want rum and raisin with a flake.