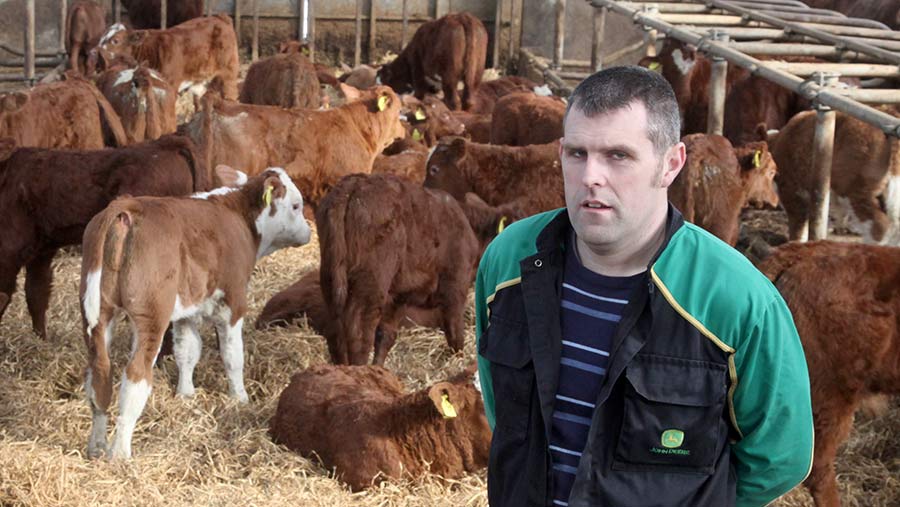 Last month I wrote that we had just had some rain after weeks of very dry weather and it is exactly the same story this month.

The grass has been doing reasonably well considering the dry conditions, but the barley and reseeds have been struggling.

Thankfully, there hasn’t been much evidence of leatherjacket damage this year and even the geese haven’t been too much of a problem.

Just when I started to think that growing barley isn’t so bad, a flock of swans has started grazing a field which is next to a fresh water loch.

Three of the five bulls were a bit lame, so I thought if they started early then we had time on our side if things started to go wrong.

I have never routinely sprayed or dipped the navels of newborn calves in the 16 years I have calved cows of my own.

So, I was keen to avoid treating the lambs as well. After eight of our 60 lambs in 2018 took joint ill there was no way Lorraine was going to let me off with not treating their navels.

Nuffield scholar Aled Davies visited Orkney in December to tell us about his Nuffield journey and Pruex – the company he started.

Pruex distributes probiotics to livestock farmers to reduce the use of antibiotics. Aled managed to convince Lorraine that if we used his product we wouldn’t need to treat navels.

I’m pleased to say that we haven’t had one case of joint ill this year. We also used less bedding and there was virtually no smell of sheep in the shed.

Unfortunately, I have had a couple cases of pneumonia in weaned calves this year and more lameness among the cows, along with the return of calf scour.

My plan is to treat the water for the cows next winter and hope it works as well for the cows as it has done for the sheep.