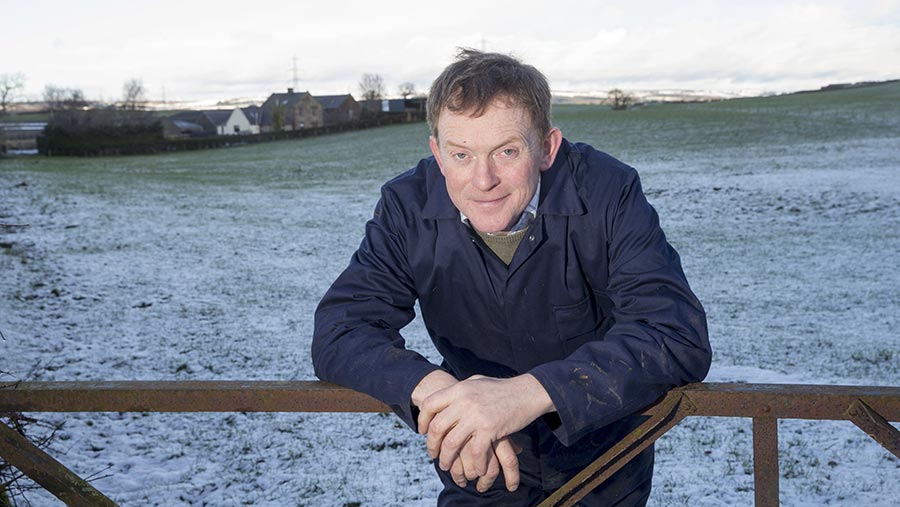 What an awesome spring. I can finally say we have had the milkers out in February.

Our collective euphoria was short-lived as March has seen resumption of normal service (snow this morning).

Up here in Ayrshire – Scotland’s golfing Mecca – we have 940 dairy cows in three herds – one autumn and two spring.

The spring unit is unusual as we calve all 630 head at the main farm, Millands. Then one fine day in March we wander 300 heifers and lighter calvers to Netherlands, which is a 24-point swing-over in the centre of a 110ha platform.

It’s been a relatively dry winter and cow condition is better this year after the good summer.

However, costs have spiralled – feed and fertiliser being the main culprits – so this is going to be the year of sticking to our feed, fertiliser and financial budgets.

The target this year is 3,750 litres from forage with 750kg of concentrates. We have a good lot of heifers coming in this year so this target is tight.

We are on a Muller liquid contract so most of our cows are black and white, on a 12-week block calving system starting early March for the spring herds and mid-August for the 310-head autumn calving herd at Purroch, the farm my brother James runs.

Millands is fed on a bunkered silage system with cake in the parlour on sow feeders. Purroch girls are fed TMR in winter and grass only in the spring/summer months.

The farm is 557ha in total and we rear most of our replacement heifers and take the beef stores forward to around 18 months. This year everything is down to grass except 12ha of winter wheat to clear out docks and provide some starch for the autumn herd.

I say “most of our replacements” as dad is still buying and selling dairy cows after 62 years and can’t help landing a few at our door. It’s all part of the fun!

Almost as much fun as wondering if we will be in or out of Europe by the next time I write.