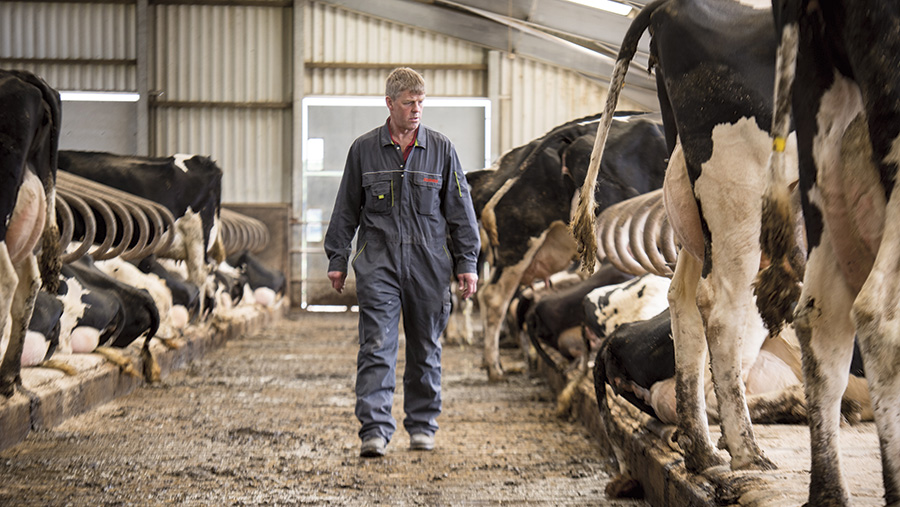 Taking advantage of the good weather at the beginning of May, we cut the 61ha (150 acres) of silage at home.

We are hoping to cut it four times this year, so hopefully this is giving us a good start to making four quality cuts of silage.

Since we started so early this year, the slurry and fertiliser is on. This time the slurry was applied with the flow meter, which meant we have applied 28,075 litres/ha (2,500 gallons/acre).

As Emma’s father was judging the Holsteins at the Ayr County Show this year, we decided to show one Jersey for the Fleming family in Ireland. She went on to win the overall champion of champions and her owners were delighted.

While we were at the show we had a bit of a disaster back home when 30 cows escaped and were running around the feed passages.

Unfortunately, since we have a new feed passage coating, we lost one of the cows after she did the splits on the slippery surface.

We couldn’t understand how they had managed to open the gate to escape but never thought anything of it.

However, six days later, the same group of cows had opened the same gate and were roaming the farm at 1am. There were no fatalities on that occasion, only some tired people the next morning.

We have decided to add 4kg of maize gluten into the ration and have, therefore, taken out 4kg of our dairy blend to try to reduce costs and become more feed efficient.

We attended the Ayrshire Cattle Conference on its final day where we toured the two units (Sandyford and Myremill) of my good friend, Gilmour Lawrie, followed by an enjoyable evening at the dinner held at the Western House Hotel at Ayr Racecourse.

We have been lucky enough to sell the last of our two young bulls privately on farm to two local dairy farmers.

In other news, Michael and Emma’s wedding is on the second weekend in June. It is sure to be a great celebration and we’re very much looking forward to it.