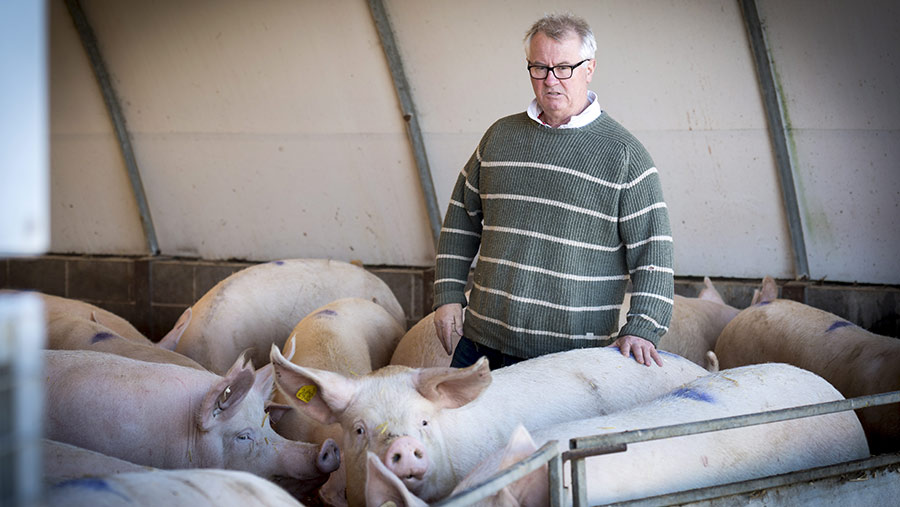 Twice a year I treat the staff at work to a bit of a jolly. Just before Christmas, we go to Brigg for a pub crawl and midsummer we go to Market Rasen for a day at the races. We like to keep the piggery motto going – “work hard and play hard”.

My wife, Lizzy, was away at Castle Howard for Countryfile Live, promoting British Red Tractor pork with Ladies In Pigs. This was a bit inconvenient for us, as she is normally our designated taxi driver, so I had to pay for one this year.

So, last weekend we were at the races, where we all had a few winners and more than a few beers, with the added bonus that there was a singer on afterwards. I got my Craigs, Davids and Daniels mixed up, so I thought James Bond (Daniel Craig) was going to serenade us, when in fact it was Craig David, who was actually very good.

The three of us who made it to work the next day were a bit fragile, but we always make sure that just because we are suffering, it doesn’t mean the pigs do as well.

I have mentioned in the past how we occasionally get a cough going through the finishing yards that doesn’t appear to affect performance and growth rates, but now we have found it clearly has been.

We vaccinate the piglets at weaning with a dual vaccine for enzootic pneumonia (EP) and circovirus.

Five batches ago, our vet suggested we give the pigs an EP booster before we move them to the finishing yards. I was a bit reluctant at first, because it is another job to do and our current dual vaccine says the EP part of the vaccine gives 23 weeks’ protection against the disease.

However, I have to say it has proved to be hugely successful. We do not hear a single cough from 2,000 finishers and the pigs so far have been over 4kg heavier at slaughter.

Lesions in the lungs tested at the abattoir in the last batch have been averaging scores of 0.15 compared with the national average of 3.07.