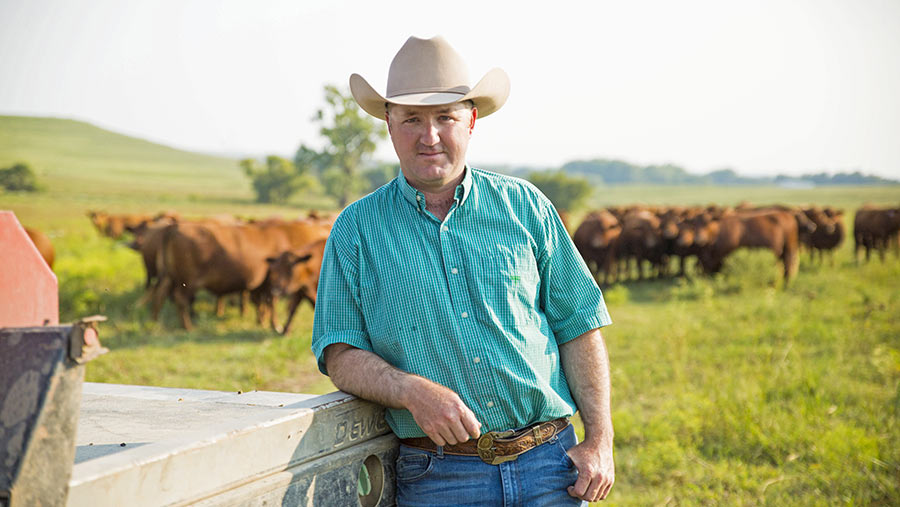 The past month has been a frenzied push to get the spring herds bred and taken to summer grass.

Since we only have family to help, we breed cows in groups of 100-150. That’s about all time will allow.

This year our ranch had six groups and I did three other groups on the side for other herds so my calendar for the past month hasn’t been “Monday 6th”, it has been more like “CIDRs in group 3”.

To make matters worse we had a couple of setbacks. In the first part of the month, while we were getting the CIDRs in and working calves, it rained almost every day, making sorting and pushing calves around a miserable and muddy job.

Then, on the first day of breeding, my dad stepped behind a heifer and, despite there being a bar behind her to prevent kicking, she managed to slip a leg past and got him right in the knee.

This was terrible news, but my wife Christine stepped in to help and Dad is reluctantly filling in as babysitter and cook.

On Saturday morning we bred the last 80 for a neighbour and got paid in cash. By noon we were blowing it all in Kansas City, just like my ancestors did when they took their cattle to the Kansas City Stockyards.

We had $12 drinks, steak carpaccio, oysters – and that is just the appetisers! The steak was literally the best one I have ever had, and I think I have eaten some good ones in my life.

After running 1,000 head through the chute either three or four times each, it was a quick trip but one that was desperately needed. Now on to hay harvest.