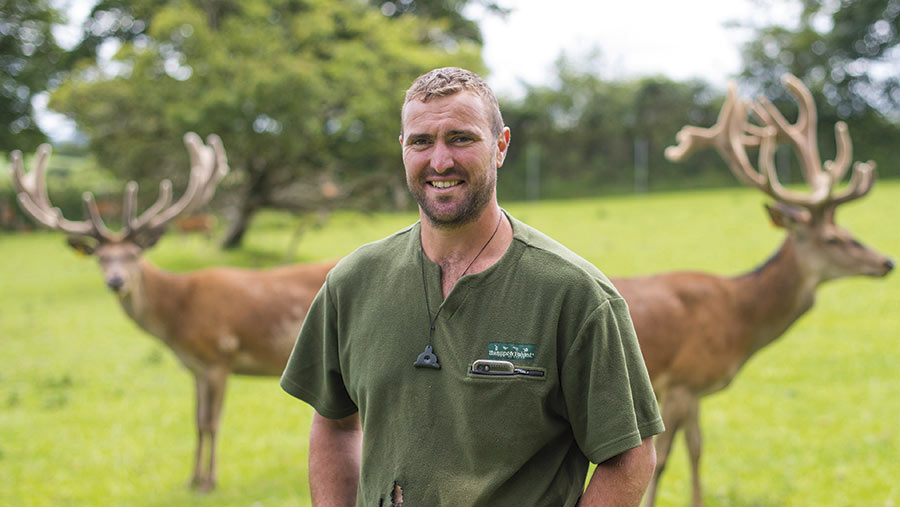 All the stock is looking well so it makes coping with the rough weather a bit easier. We are grateful as a lot of the hinds had really suffered from fluke.

We’ve learned our lessons there, although the biggest problem was waiting for the handling facilities to be up and functioning so we could treat them. Turns out you just can’t keep them in a corner with a dog and get the job done.

I spoke for the Exmoor Hill Farming Network group at the beginning of December. I went armed with a few notes which, in all honesty, I couldn’t follow after listening to all they had done and achieved as a group that year.

It reminded me of farmers back home co-operating, sharing ideas and being willing to learn new things which is something I haven’t seen a lot of  lately.

I came away from that evening with a lot more of a positive view on British farming, especially with uncertain times ahead.

I also explained to them people’s lack of understanding on what happened in New Zealand after their subsidies came off.

Our system was completely different. We only had subsides on making investments such as haulage, fertiliser and fencing which made farming marginal land possible but unless you were making any investment there was no cheque at the end of the year just for being a farmer.

What was the real crippling factor was that interest rates went as high as 27%, putting struggling farmers under.

For the year ahead we have a few plans on the drawing board most of which we will talk about as we tackle them just in case we run out of enthusiasm, time, money or all the above. All we can say is it doesn’t look like 2018 is going to be any quieter.

One thing is for sure, things will be different so keep an open mind and don’t be afraid to try new things (funny thing is, I say that to Pip).