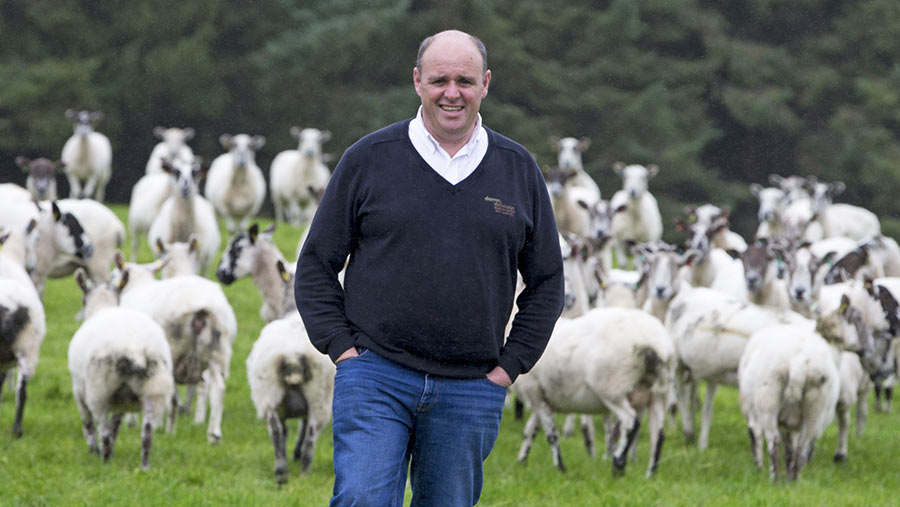 What a difference a year makes. This time last year I was struggling for fodder – all my kale and fodder beet had been wiped out by the Beast from the East and the stock were too lean.

Move forward 12 months and today I still have reasonable-quality fodder beet, kale, swift and swedes in the ground and this year’s biggest challenge is sheep that are too fat going into lambing.

A few weeks ago, I calculated how much forage crops I still had for the cattle and worked out that I could run two groups comfortably until 20 April.

I then grouped the cattle into sizes and turned out the few larger ones that had been housed. The larger animals are now on a diet of fodder beet (grazed in-situ) with wholecrop silage and the medium ones are on the TMR (total mixed ration) grazed in-situ of kale, swedes and swift with a small amount of silage.

See also: Advice for rejuvenating grassland if reseeds failed during the drought

Prices of stores are a little more realistic at present, but the fat price is really disappointing.

The ewes have all now been housed and seem to be settling in nicely. All ewes are now on a diet of silage, soya-based meal and molasses.

I am very worried about the risk of twin lamb disease so have been trying to get them to eat plenty of molasses.

The group that are the fittest are the triplets, which at scanning were moved on to the best pasture, and have continued to gain condition.

We have had a very busy few weeks in the shop and online thanks to a major discount on sirloin and ribeye steak – everyone wants a bargain.

It always amazes me how people shop nowadays, with most only buying when they see the word “sale” or “discount”, but some sellers take advantage of this.

One of the major online sellers of meat constantly runs knocks off huge “discounts”, but people never seem to notice it’s off their “list price”, which they set as high as they want.

Recently, they had an offer of 36% off ribeye steaks, which sounds impressive until you work out that the price is still £30.43/kg.