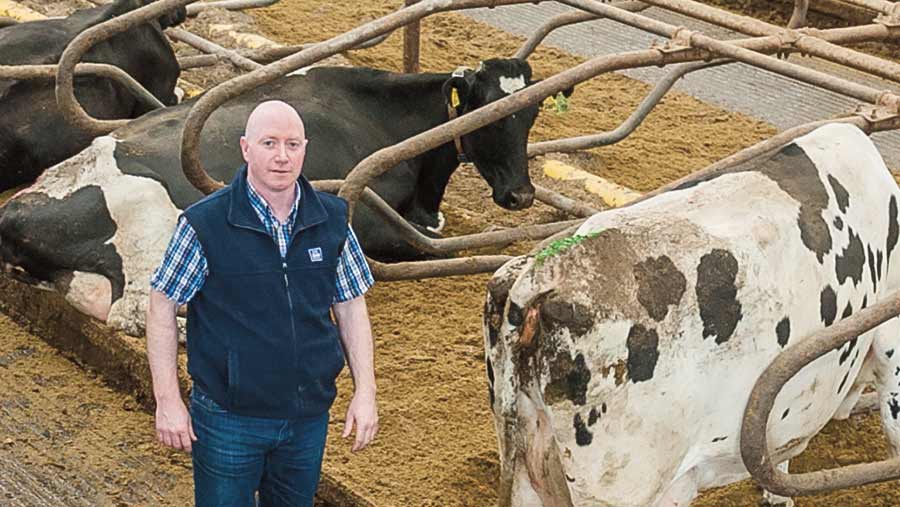 Since the NFUS AGM, where I was privileged to be voted in as vice-president, the month of February really has flown by and now March is filling up fast.

During the past two weeks I have been trying to get all paperwork at home up to date. I have been doing stock audits, replacing missing ear tags, completing nitrate vulnerable zone (NVZ) records and also started a budget for my next financial year.

In terms of milk price, all the data coming out at the moment would suggest 28-30p/litre for next 12 months, but it will really depend on when the white powder mountain in intervention decides to landslide on to the market. Hopefully it drip feeds and we don’t notice it.

Our biggest issue in past nine months has been power and machinery repairs. This has escalated way above budget, so it is now under major investigation to see what needs to change.

Mastitis has been a major challenge during the past two months, so we have stopped using green bedding for a few months to see if it improves.

A major issue is finding a way to fill deep-bed cubicles considering the cost of sawdust, so various products are on trial at the moment.

Fertility is certainly back on track and the new collars are working really well. Sam (our manager) said the “suspicious” heats it detects have been very useful.

This is when cows don’t look to be doing much at all, yet when you put your arm in you find the cow is definitely in heat.

I do hope the next two years are reasonably stable on the market front. Our business badly needs to recoup the losses of the past fifteen months and help to plan how we can future-proof ourselves for the next downward cycle.