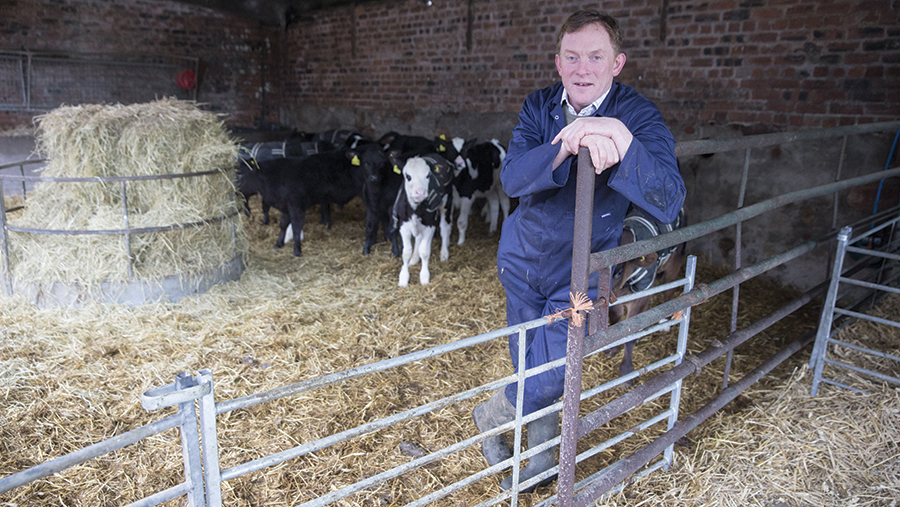 We’ve had some frosty mornings. The cattle are nearly all in as grass growth has now stopped and we want to leave some decent covers for a good start in the spring.

For once, we’ve been missing some of the torrents hitting central England.

Getting the late grass has helped maintain yields, with cows doing 14l on 2kg of concentrate. The August reseeds have managed one grazing but will need some sheep to get rid of the chickweed and fat hen.

The autumn herd managed to finish calving on 7 November in just under 12 weeks. There are still a few to calve for sale later in the month.

Breeding started on the heifers on 8 November as we AI on heats for 10 days, then prostaglandin the rest and observe heats on them to front load the heifers into the calving block.

We have seen hundreds of cows through our cull cow marketing operation since August as people look to get rid of lame cows. We take a commission after finding the highest value abattoir.

This is primarily due to the wet weather and the milk price, as nobody can afford to carry unproductive cattle into the winter.

We have had our letter from Müller Dairies which tells us that any expansion will lead to a 0.55p/l to a 0.85p/l price reduction to all our litres.

Globally, we produce some of the cheapest milk in an area with abundant water, so it seems to me a failure of our industry to market and process products that are in demand both in the UK and abroad.

Locally we have had another two suicides in the past month. Everyone is feeling shocked and numb.

Reading up on this has opened a whole world of learning. Suicide is one of the leading causes of death in men under 50.

We need to all start listening better and talking about this issue more often. It’s OK to admit to being not OK.

Visit old pals you haven’t seen for a while. Make time for, and take up, a physical hobby.

Don’t think you have made it when you can afford to drive everywhere, maybe jump out of the pickup and walk the final leg of your journey.