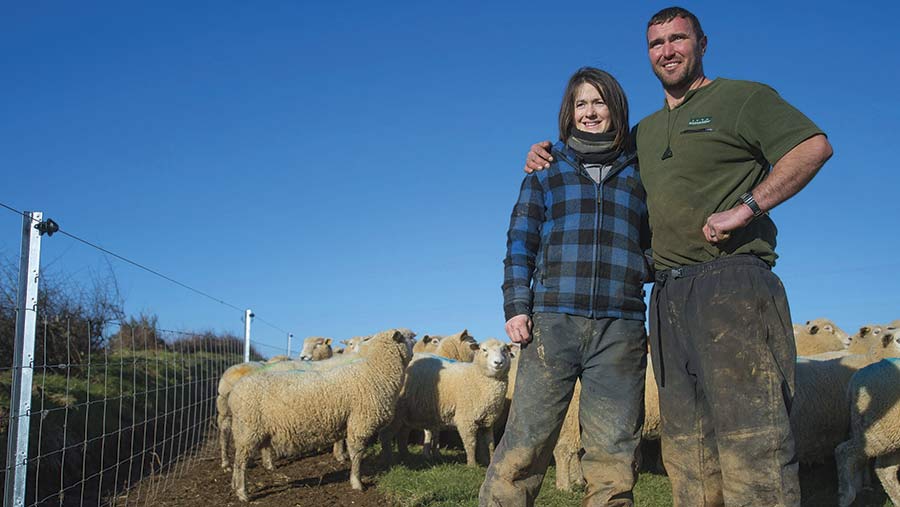 Pip and I would like to take this opportunity to wish everyone a very merry Christmas and a prosperous new year! 2016 has certainly been a busy year, but judging by what Pip and me are planning, next year could be worse!

The deer-farming front is full steam ahead. We have been lucky enough to be given the opportunity to buy a well-established herd of red deer, with some of the most respected eastern European genetics around.

John and Janet Burdge from north Devon having been farming deer for 35 years. They have decided to retire, however, John would like to remain actively involved in helping us through the early stages of learning the ropes, which will be gratefully received as we are fully aware we have a lot to learn.

So now we are flat-out fencing. With daylight hours not on our side, I have managed to talk the old man (my Dad) into coming back from New Zealand to help me with it all after Christmas. Little does he know there are also 6,000 sheep to shear in January…

On the sheep front we used the teasers for two cycles prior to tupping, and it seems to have worked really well. They were slow to start but by the 17th day well over 95% of them had been served, with the second cycle seeing most of the remainder tupped with very few returns.

So we are looking forward to a short, sharp lambing and hope the weather is fine!

Since the record I have been asked to do a few talks to grassland societies in the South West. Unfortunately public speaking is not one of my strong points. However, it was good to meet progressive forward-thinking groups of people.

All of the puppies have gone now, but we kept back one and named her Sue. We managed to find really good homes for all the pups and hope they turn out to be at least half as good as their parents.

Sue is already proving to be a costly pup, as she wandered off in the dark the other night when I had her out for a run with the other dogs. She found herself in the deer paddock. It turns out the stag doesn’t like puppies. We are still waiting for the vet bill…