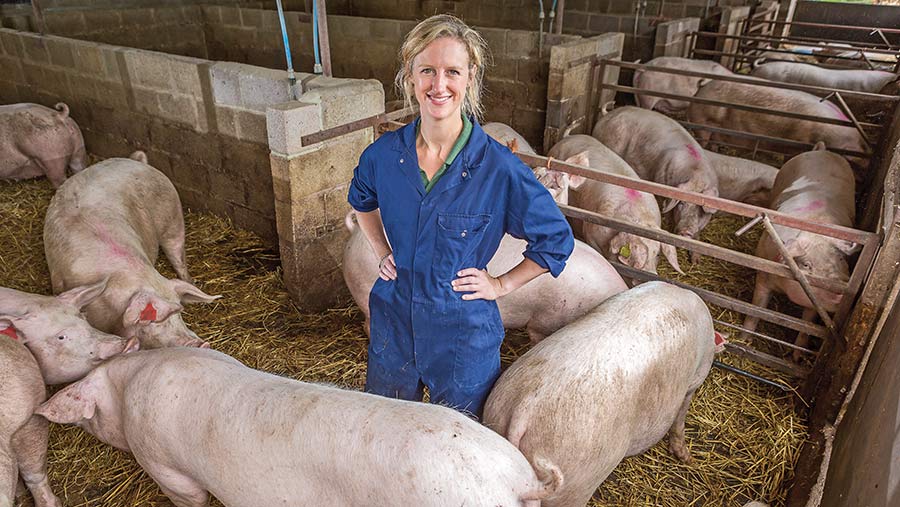 After a few quarters of fairly lacklustre breeding performance, we are finally seeing an uplift.

I hope I’m not speaking too soon, but our farrowing rate is back to 90%, after trundling along in the low 80s for a while, our numbers born alive have averaged 14.5 per sow over the past five batches (six months), and numbers weaned averaged 13, with total litter weight just over 100kg.

These are not remarkable numbers, but they are a significant improvement on the past 18 months.

If I’m honest, I’m not exactly sure what the reason behind the improvement was, as we ended up throwing the whole kitchen sink at it, but I suspect it’s a combination of many small tweaks.

Finishing performance has also been really pleasing, with low mortality (less than 3%) and some great growth rates.

The last five batches have averaged 823g gained per day from wean to finish at 147 days old, with the bacon pigs averaging 843g/day at 150 days.

This included one batch of pigs sired by Rattlerow’s Duroc. They came out of the grower house at 44.5kg at 12 weeks old, having put on 836g/day over the previous 30 days.

Average daily gain (ADG) from wean to finish was 839g/day for the bacon pigs.

We sold them too early so didn’t do them justice, but we were impressed with their feed conversion rate (FCR) of 2.28kg per 1kg of liveweight gained from weaning in comparison to our usual 2.45kg.

The downside was there was quite a spread of weights from first pull to last. We have just started slaughtering a second batch of Duroc-sired pigs, which we will be sure to market smarter.

One area we are still struggling with is growth in the nursery (from weaning to eight weeks old).

Our exit weights average 19kg, but we should be seeing in excess of 21kg, so this is going to be our main focus for the next six months.