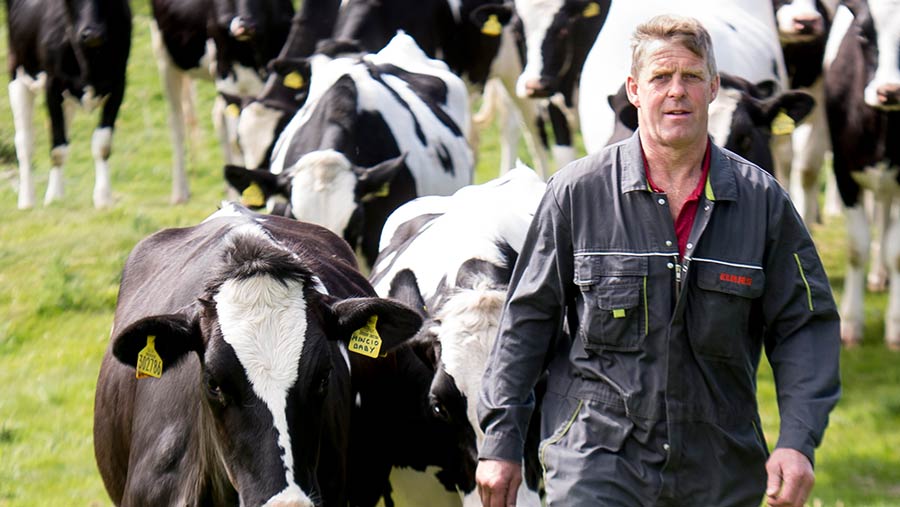 This season has come along a little earlier than we thought.

We did not think we would get the silage cut by the end of May, but it was done by the 23 and the slurry and fertiliser has been put on.

Our first cut wasn’t as heavy as normal, but that seems to be the same for other farmers I have spoken to.

We left one strip of a field in a bid to make hay with all of the sunshine we were having.

Thinking we would have 20 bales, we ended up with nearly 70 and although it was good-quality stuff at the time, we have decided that making hay in May is probably not ideal because the bales have started to heat up just a little.

Our shed will hopefully be complete by the end of June.

The concrete work is done and we have the cubicles and mats left to put in.

We have mattresses in the cow shed and we are not quite convinced that they will last long enough, so we wanted to try something different.

Speaking of progression, the riverbank repairs are finally finished, so that is one thing checked off the to-do list.

We are getting ready for the Royal Highland Show.

We have had to dig our caravan out of hiding for the first time in two years.

The duct tape is coming in very handy to hold it together.

For the fifth year, we had the Dalbeattie half-marathon and 10k run through the farm.

Unfortunately, it didn’t inspire me at all. I’m much happier being a spectator than digging out my running shoes.

We had some very exciting news at the beginning of June; Sheila and I were delighted that Michael had finally seen sense and asked his girlfriend, Emma, to marry him.

Thankfully she said yes, so we are looking forward to the Jones/Yates family wedding.