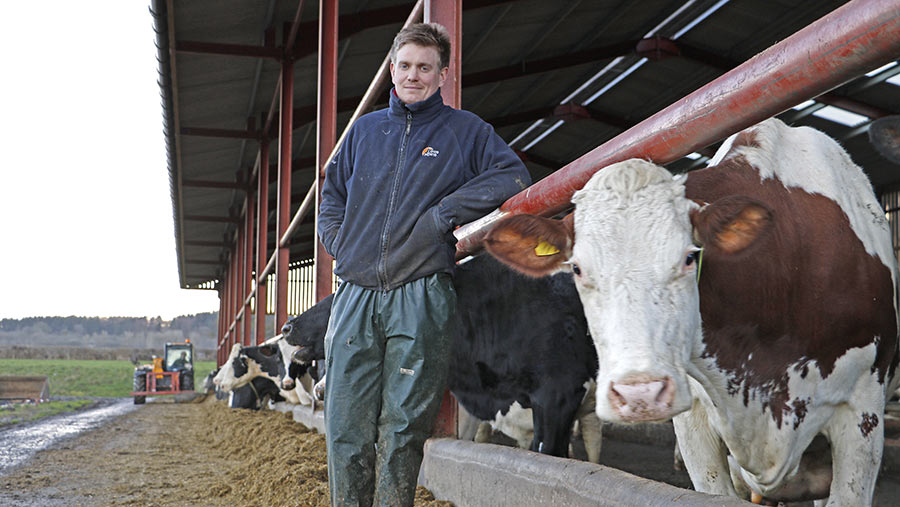 September has arrived already and in a flash the nights are drawing in and we are gearing ourselves up for winter.

We had our standard August scare a few weeks ago when storms brought a huge downpour of rain and a flood warning.

I did not sleep well that week, with the river reaching the top of its banks.

More recently we have had our fingers crossed for an early maize harvest as we watch the sun ripen the crop.

That wet weather meant we housed the low yielders and, to simplify things, they will now be staying indoors.

A lot of these are now stale, so we have dried off most of the September-calving cows early as they were looking a little too fit and barely contributing to the tank.

We do have a slight unintentional autumn calving weighting, so the herd is looking fresher and milk is starting to rise.

This, coupled with some good forage stocks, and hopefully the ability to feed 20-odd kilos of maize in the winter diet, should really help to push yields.

We attended a meeting last week about the council’s plans for a new bypass around Shrewsbury which would see a bridge utilised as a flood defence.

Guess what? To protect the town, the council is planning on using the area to the west as a flood plain, which will include a significant proportion of our farmland.

Other farms and residents will also be affected. This is being pushed through with no consultation to date because there would appear to be big political gains to be made.

One of the drivers is to protect more flood plains in the town so they can be built on. Surprise surprise, some of this is council-owned land.

With all the concerns surrounding global warming and rising water levels predicted, surely it makes more sense to build on the thousands of acres that have never flooded?

There is no guarantee the flood defence will entirely work, and there is no doubt the effects of flooding in the town have been exacerbated massively because of the increased number of built-up areas we have already.

But what do we know? We are only simple farmers who have farmed next to the river for 70 years.