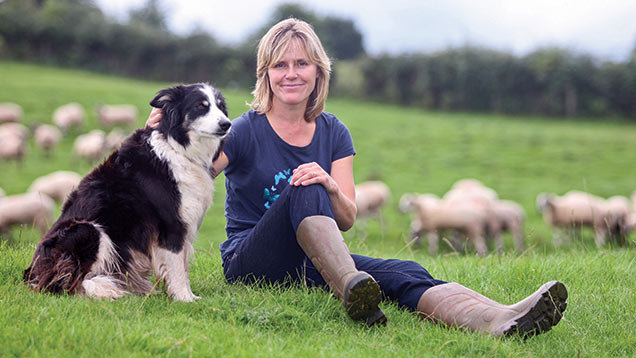 I attended a Women In Agriculture forum this week and have to say it was one of the best farming events I have been to.

An inspiring group of ladies, coupled with thought-provoking workshops, resulted in me returning home feeling motivated, empowered and actually quite dangerous.

There is a refreshing honesty when women get together and it is very productive to bounce ideas off like- minded people. Many thanks to Farming Connect for organising it and please can we have more events such as these.

Trying to keep that motivation going when our lamb sales are £20 a head down on this time last year is difficult and it is frustrating to see so much New Zealand lamb in the supermarkets at this time of year.

Pressure is being put on supermarkets, but we are yet to see British lamb having pride of place on the shelves and being promoted at seasonal best.

On a more positive note, following the success of our direct drilling last year, we have increased the acreage of swedes being direct drilled this year.

“Pressure is being put on supermarkets, but we are yet to see British lamb having pride of place on the shelves and being promoted at seasonal best.”
Kate Beavan

This technique saves on ploughing and working the ground and keeps the moisture in, resulting in better germination of the seed.

It also means there is a firmer base when sheep are grazing the swedes during soggy winter months.

We produced a tremendous crop last year, with a sowing rate of 2.5kg/ha, and hope to repeat this again this year.

Shearing is now finished on both farms, and after finally leaving school last week, son Sam has been busy helping out local contractors.

Aiming for a personal best of 100 ewes this week, he ended up shearing 142 in one day. Not bad for a 16-year-old, maybe his tug-of-war training helped.

The young Pontrilas YFC team won their pulls at Herefordshire Young Farmer’s rally in May, repeated this success at the Three Counties Show last weekend and are now off to the national tug of war competition at Tenbury Show in August. Good luck, lads.

Kate Beavan farms 200ha alongside her husband Jim on one of two family farms near Abergavenny, Monmouthshire. The main enterprise comprises of 900 breeding ewes and 50 suckler cows. Meat is sold direct to the family’s traditional butchers shop. Kate and Jim hosted the first series of Lambing Live in 2010.