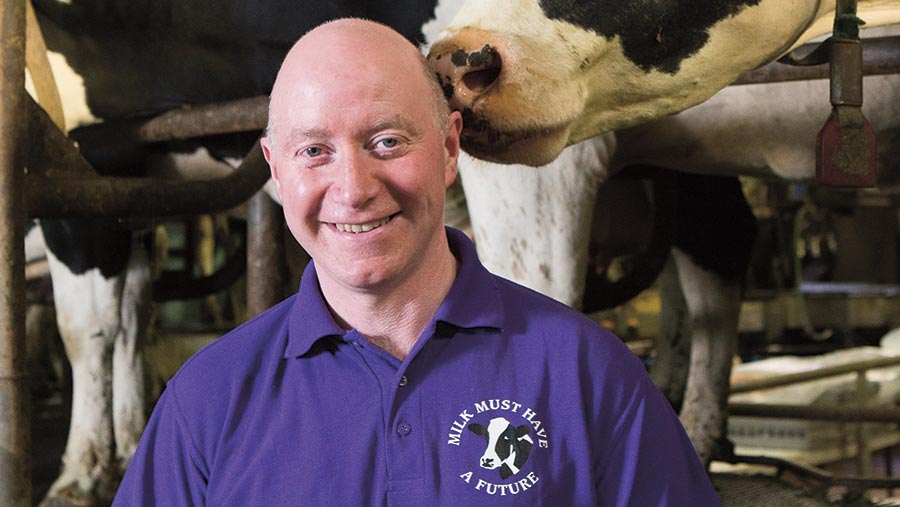 Gary Mitchell milks 800 cows, with heifers reared on a farm in Stranraer, Scotland.  He zero grazes 80ha of the 195ha he owns. He is regional board chairman for NFU Scotland.

I can’t believe by the time you read this it will be just 30 days until Christmas.  Here’s my plea to Santa:

“Dear Santa, please could I receive a letter from Arla informing me that from 1 January my milk price will be 25p-plus because in this game of snakes and ladders since January 2014 we have hit a snake every time and I have had enough; so if it’s possible I would like a high ladder.”

Back to the real world and things are improving ever so slowly, but cashflow will be tight for a considerable time ahead.

It is important to remain positive and to focus on the year ahead.  We must learn from the past two years; one thing that Brexit and the American election has proved is that we no longer live in a predictable world.

I don’t have a problem with change, but I know many farmers (especially more senior ones) don’t like it. The statement “But it’s aye been that way son” cracks me up.

The next election on my calendar is NFU’s AGM in February 2017.  A few months ago I had decided I would retire from my role in the union next year, but as I write today I have just employed an experienced herd manager, which has taken a huge burden off my shoulders.

What the last few months have taught me is that farmers are in no way rewarded enough for producing such high quality food.

I feel we need a strong representative to stand up to the government, retailers and the processing industry to rectify this.

So my dilemma is, do I sit back or get stuck in?

At home, milk yields are improving with exceptional fat and protein, but with only half of purchased feed stocks secured the question is how much do we buy forward, because I feel wheat price may have peaked.

P.S. Santa, if the milk price hits 30p a nice female partner to share it with would be great! :o)