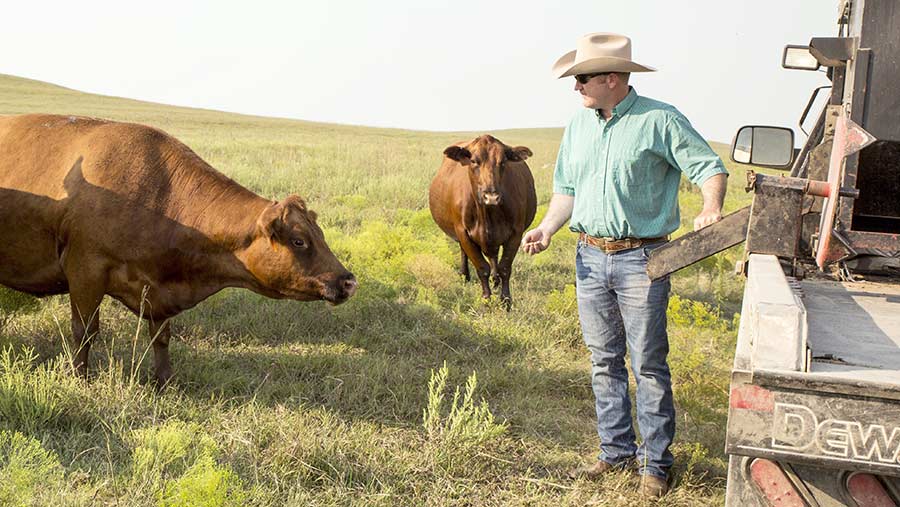 The US government shutdown continues to drag on, so I decided to give an “on-the-ground” perspective.

Firstly, I know it is affecting some people. My brother-in-law hasn’t worked in a month and I am sure he is going stir crazy.

However, I have not noticed a single difference. Several stories claim farmers are being hit hard by the shutdown, but I struggle to see how.

One politician said we needed the US Department of Agriculture (USDA) to open, so we could get the loans. When I borrow money, I go to a bank.

And if I want to find out the price of cattle in Kansas, I can just go to the auction barn’s website, I don’t need the government report buried deep within the USDA website.

Our local Farm Service Agency office has good people working at it. They worked late to pay all of the soya bean farmers their welfare checks before the shutdown began.

If the government is still closed in April, I will miss out on some funding for a project to replace tillage land at risk of erosion with pasture and water tanks.

But here is a dirty secret: If the government is still closed, I will just go to go the bank to borrow my own money and do it anyway.

I’m principled but I’m also pragmatic. If I refuse the money it isn’t going to keep the US from piling up more debt.

They will just give it to someone else for a different project to mine.

Even though the shutdown isn’t affecting very many people in rural America, it doesn’t mean that we don’t find it incredibly stupid. Trump said he would welcome it – that was idiotic.

But what you probably don’t see in Britain is that he has offered concessions to Nancy Pelosi, speaker of the US House of Representatives and representative for most of San Francisco.

Trump cancelled her “troop visit” family vacation to Europe and she cancels his State of the Union speech.

While these two self-serving, egomaniac elitists fight like seven-year olds, at least they will leave us alone.