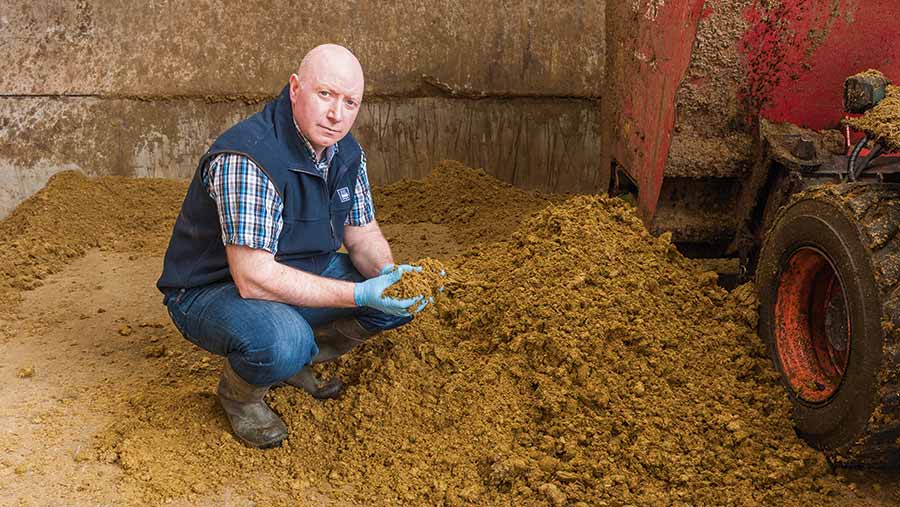 April has arrived with more of the rain, but the last two weeks of March were brilliant.

We have managed to acquire some land on a five-year short limited duration tenancy (SLDT) about three miles away and outside a nitrate vulnerable zone, which has been a bonus.

But the land is not in the best of health, with pH varying from 4.9 to 6.1 according to my GPS soil-mapping results, and major drainage repairs required, which are going to plan at the moment.

I intend to direct reseed the stubble land, plough as much of the old ley, and sow oats for wholecrop.

My priority is to keep cropping under 30ha to avoid the greening nonsense.

See also: Time to take charge of our own affairs

On the cow front, a major issue is trying to get bedding.

We are using oat feed at the moment, for which delivery is variable. With sawdust becoming very expensive, we have decided to invest in a new separator for green bedding which arrives next week.

Hopefully this one is more reliable and produces consistent product, as the pressure continually adjusts to maintain dry matter which in turn requires less power, but we have decided to fit a 15kW mixer.

We are spending about £4,000/month on bedding – we hope to at least half that cost.

Plus, we want to separate all our slurry so we can take more solids to outlying land.

On the milk front, I am sure all past and present First Milk producers were shocked to find their hard-earned capital had been turned into worthless shares overnight.

Although relieved to be in a different co-op, I still feel it has been very unfair to the producers, who are still paying in capital, as this decision was made with no farmer consent.