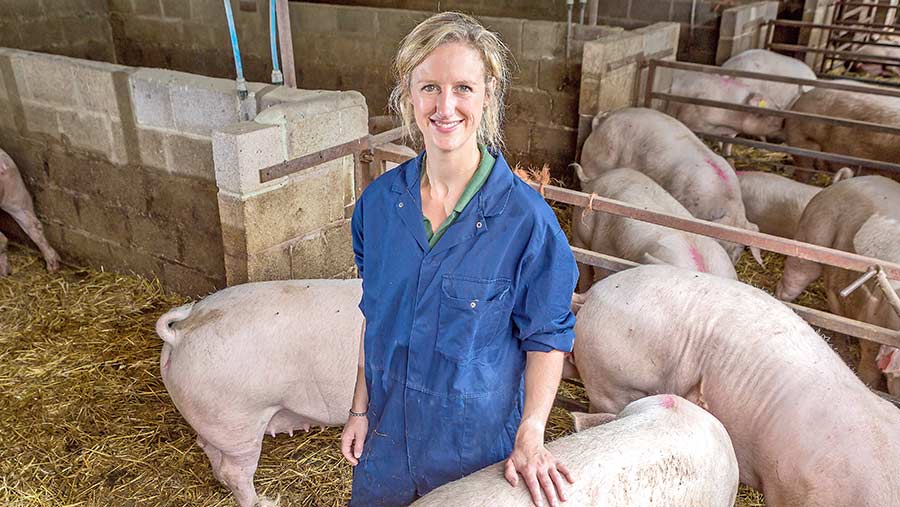 In typical British and farmer fashion, it would only be right to start with the weather. I mentioned last month that the heat hadn’t had a big effect on growth so far, but we are now seeing some sub-standard performance across the farm.

We have seen a drop in all three of these weights across three different batches during July. Weaning weights fell by 0.7kg (10%), ex-nursery weights by 1.1kg against an average of 20.3kg and grower weights by 1.5kg (and by 2.5kg against spring averages of 43.1kg).

Frustratingly, we chose to trial a different terminal sire in one of these batches and a different feed in another, so the reason behind the drop-off in performance isn’t clear. We will just have to see what happens as we move into cooler weather, but I suspect we will be feeling the financial effects of this slower growth during June and July for many months to come as the three batches reach their slaughter date.

Not only has the warm weather affected farmers at production level, but feed prices have leapt, as have straw prices. In addition, the pig price is dropping as supply exceeds demand. It’s currently sitting at 150.34p/kg against last year’s price of 164.43p/kg, which means several producers are operating at a loss.

Demand may increase again, as I imagine the heat will have had an effect on fertility, so reducing numbers. However, that isn’t much consolation if you don’t have the pigs to sell. So the outlook doesn’t look fantastic for many and, once again, I am certainly thankful to be on a direct contract with Tesco.

A couple of months ago I mentioned the concern over feral boar and the spread of African swine fever. I’m pleased to report that AHDB Pork Board has agreed to fund a group to cover boar control.

The National Pig Association also met with the Apha to discuss using samples from culled boar to validate tests for diagnosing bovine TB in pigs.

Sophie Hope is a Farmer Focus writer from Gloucestershire. Read her biography.