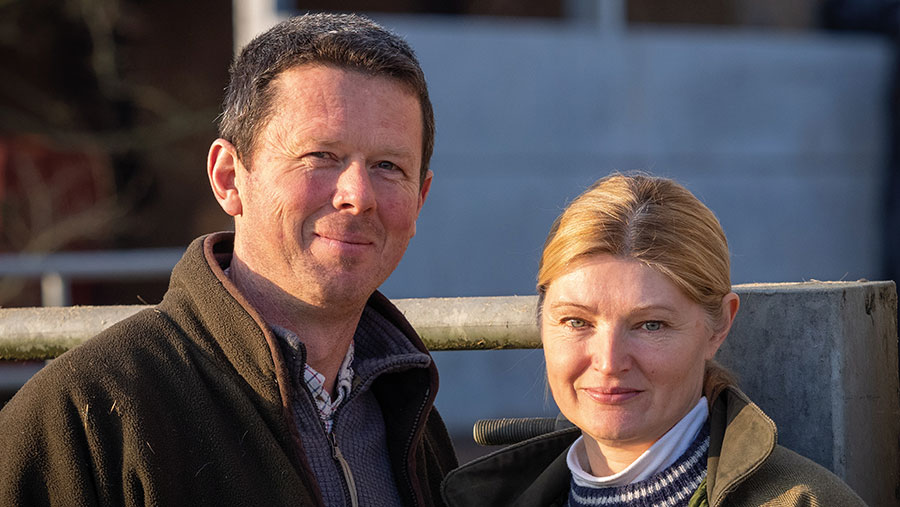 There are some strange people around. We are having some trouble with the electric fence at the rented ground.

It is being disconnected from the batteries, which is slightly annoying, and now someone has attacked a roll of steel wire on a tensioning post.

They have broken about 200m into half-metre lengths, presumably by hitting it with a hammer.

See also: Light lambs forward with prices £35 up on the year

I thought about putting a phone number on the fence for anger management counselling, although this probably wouldn’t help.

We are shearing as I write (31 May). Remarkably, the fleeces on the pedigree ewes are still tough and sticky.

With the low value of wool and very strong cull ewe prices, I decided to sell the draft and mastitis ewes before shearing.

The first commercial lambs sold on a good, but not electric, trade. I haven’t altered the budget yet for the high lamb price, but hopefully they will average well over the season.

This higher income will help cover costs rises for everything else, if we can source what we need.

The new silage pit needs a lot of concrete. We are hoping our builder can get all he requires.

The bulls sold very variably. We could have sold three times as many Simmentals, but the Charolais have been disappointing.

It’s not helped that the service sire we used two and a half years ago has seen his calving figures crash. With such a long lead time between researching bulls and having sons, a lot can change.

I think we must pressure the whole ruminant industry to progress with feed efficiency. We could make fast progress if researchers and breeders would leave some egos behind and co-operate.

The most feed-efficient animals might not be what some people are currently breeding for, but with the pressure to cut greenhouse gas emissions and anti-cow and sheep movements, we probably haven’t got a choice but to evolve.

Silage ground will be cut now on 2 June and fertiliser applied for a good second cut. We can only hope the quality will be acceptable.

An old chap once told me: “You can stock sheep as high as you like, but they will die back to how many there should be.” I didn’t realise the stocking rate at Beanhill was one sheep.