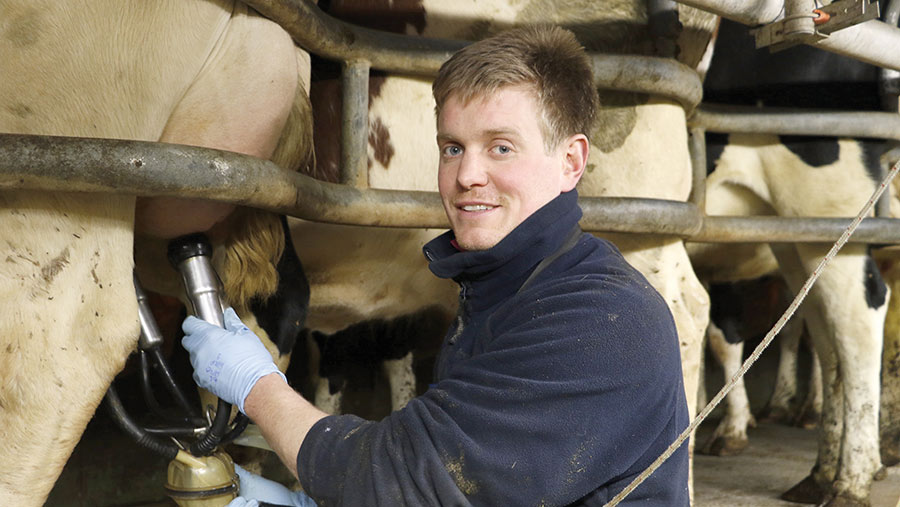 What a strange Christmas it has been. One of confusion and mixed messages, but for us at the farm it has actually passed relatively uneventfully.

The Covid rules have meant that we have been well staffed and, on the whole, I think everyone on the team has been able to have a bit of time off while also getting the work done and not leaving the first week of January looking like hell.

Our Polish worker Konrad decided early on that with all the confusion and uncertainty it was best that he did not return home as normal for Christmas, which was a blessing, given he would usually take a week to 10 days, and, judging by the experience of other farming friends, the Polish lockdown would have significantly delayed his return.

See also: Dairy financial KPIs: What they mean and when to use them

There is very little I can say about the Covid situation, because I do still think that, as farmers, we live blissfully ignorant of the enormity of what others have faced.

We get to go to work and our daily routine continues as always. Ironically, I think it has worked in favour of the Brexit negotiations, as Boris Johnson and his team were able to get on with the negotiations while the British press had other things to concern themselves with.

At this stage I would like to launch into a rant about the BBC and more specifically Radio 4 because they are so pessimistic, but I am not sure it would achieve a lot. It would also appear that agriculture was not sold down the river, either.

Looking ahead to 2021, we are certainly going to hit the ground running. Steel for a new shed is being erected.

It’s a very exciting start to the new year and one that could not be more welcome, with a good block of heifers due to calve in January and February which will put a lot of pressure on existing facilities.

The cows have continued to milk well over Christmas, but I do think that the new shed will allow us to focus on fresh cows even more, which I am hoping will boost milk further.