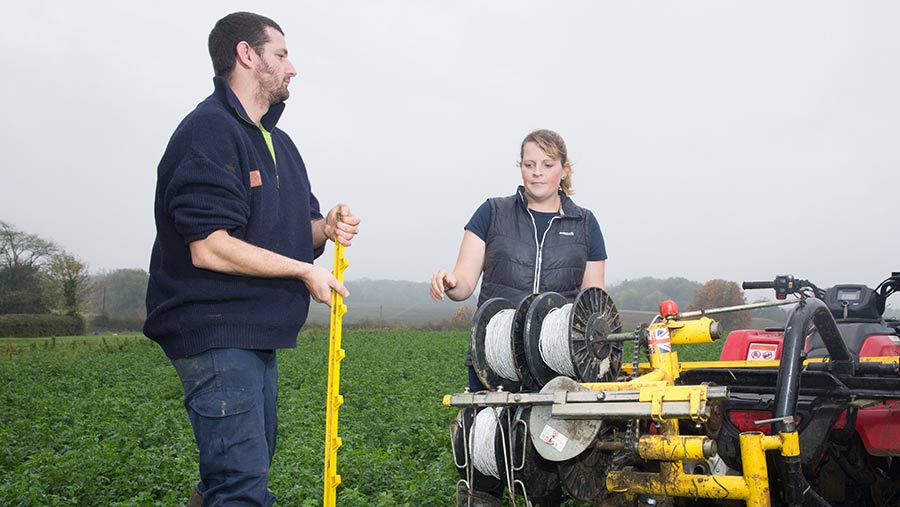 It really has been a month of new arrivals. Firstly, the long-anticipated arrival of extra sheep.

In the end we were able to secure an extra 750 ewes and will be retaining an additional 500 ewe lambs, which should push total sheep numbers to about 2,200 breeding ewes.

But what an awful year for it. Grass reserves are low, silage stocks are low and cover crops are…low.

The drought has certainly taken its toll. Measures we have put in place so far have included dividing 30t of oats into the sheep enterprise and phoning around neighbours begging them not to spray off any cover crops and have our sheep eat them off instead.

But without doubt, the most important new arrival has been our tractor driver Laurence. He has only been here two weeks and already a huge weight has been lifted off my shoulders, as he has taken on all the autumn drilling and spraying, allowing me to gracefully retire back to the sheep enterprise.

Well, I am allowed to run seed out to him and do the rolling as long as I promise to not get distracted on my phone and keep the lines straight.

Like most of the country, we are certainly struggling with the drought. Cover crops that in a usual year would be up to my knees are just past my ankles.

We drilled an excessive amount this year, fearing lower-than-normal growth, but I didn’t expect this. Ewe body condition has improved, but I doubt anything will have enough grass to be flushing before the rams go in.

Maintaining body condition score over the winter will be a real challenge and will certainly test the Romneys.

My hope is with a young flock, a mild autumn and a short winter, I should just about get away with it.

The lambing plan for next year has already been altered for a lower stocking density to try to protect lactating ewes that are likely to be in less-than-perfect lactating condition.