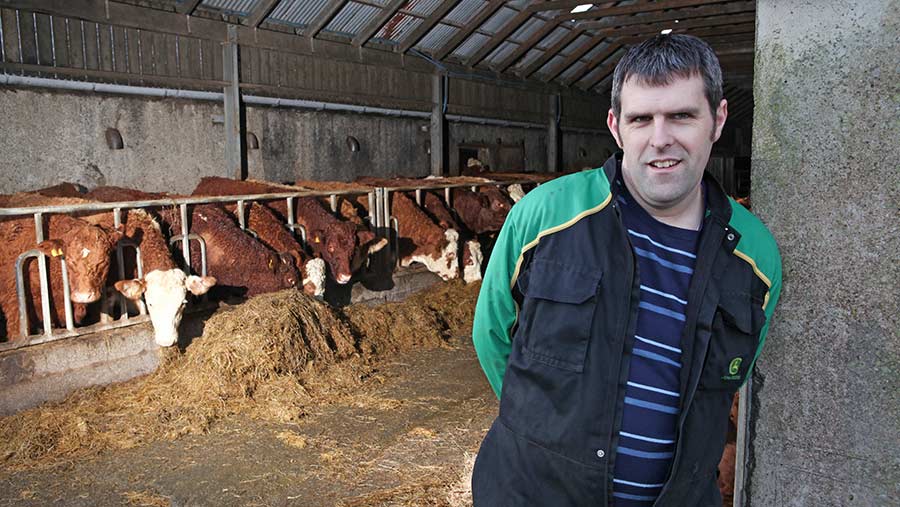 Last summer will be remembered for being dry – almost too dry at times. But here we are at the end of February still enjoying the benefits of the dry summer.

The land dried out, the best it has done for years, meaning it has absorbed the autumn and winter rain better when it did come.

Getting on with jobs like fencing and mending dykes has been so much easier and almost enjoyable.

The Orkney countryside greened up very early in February as we saw temperatures more like those of early summer.

See also: How to manage soil and grassland for an early turnout

Because of such good conditions, every sheep farmer I have spoken to is reporting how well the ewes are looking and good scanning results.

Our own small flock scanned at 195% and I hope the weather will stay good now that lambing is here.

Lorraine and I recently attended the Stirling Bull Sales.

It was October 1999 when I attended the Perth Bull Sales for the first time and I have been back many times since, bought quite a few bulls, met lots of folk and made quite a few friends over the years.

Little did I think then that 20 years later I would have the privilege to judge both the Salers and Simmental sections four years apart.

Friends who had judged in the past gave me one piece of advice, which was “enjoy it, it’s your day” and that’s what I tried to do.

We have been hosting school visits on the farm now for five years and it is one of the most rewarding things I do.

The Scottish government has said in its programme for 2018-19 that it would like to see more primary school children visit farms and I do hope this becomes a reality.

The weather was kind to us, which always makes it easier, and the first cow calved just a few hours before the first group arrived, which is the cherry on the cake for any farm visit.