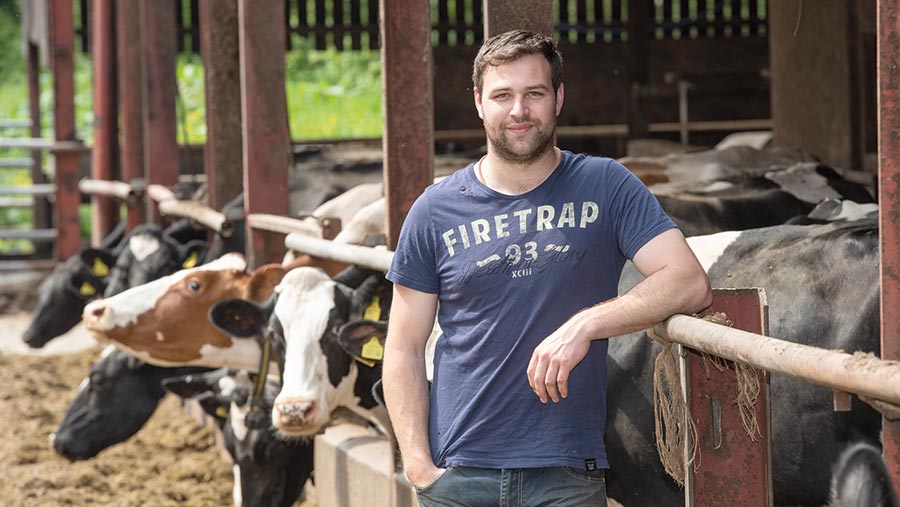 Well, we have done it. We are milking in our new rotary parlour.

There is still a lot to do and two-thirds of the cubicle shed to finish, but we are milking 110 cows through the rotary now.

This comprises the new cows from Northern Ireland and a bunch of our own later-lactation cows.

The new herd arrived at the start of September. This caused plenty of extra hassle, as the cubicles were not ready when they arrived because they had to come 10 days earlier than planned.

The animals have settled in very well, though, and we have calved a few heifers and cows and they are getting on very well.

As I said, there is still a lot to do to the new dairy complex, but huge credit goes to Shepherd Dairy Services for putting in a massive effort and lots of hours to try to reach our deadline.

Due to a few delays early on, we ended up being a week late with milking, but it was still a lot sooner than everyone told us it would be.

From digging the first sod to the first milking took six months and two days, which is an incredible achievement all round.

The cows have settled again after the excitement of the new herd arriving, but we also had a fair problem in the older sheds with flies.

This was due to the warm, humid weather and lack of ventilation. This issue has settled down and the cows are much happier, with mastitis cases reducing after a spike in somatic cell count.

One of the biggest challenges facing us for the next few weeks, alongside continuing with the dairy complex, is a calving boom.

We are waiting for half of our calf shed to be taken down and rebuilt to suit the calves, but now we are struggling for space, as we have had about 60 calves over the past two months, which is a lot for us.

Once the new half of the shed is complete, it will ease the space pressure, along with another automatic calf machine.

Patrick Morris-Eyton is a Farmer Focus writer from Cumbria. Read his biography.