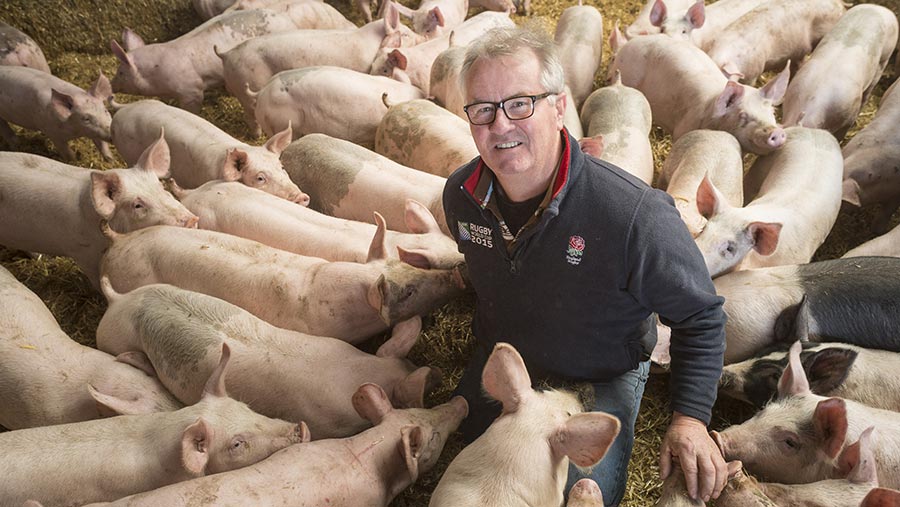 I don’t like to say “I told you so”, but for the past four or five years I have been saying we should not rely on exporting our cull sows.

Many are slaughtered in the UK and then taken to Germany for processing, and often shipped back to the UK for sale in supermarkets.

My concern was initially due to the prospect of Brexit and the EU imposing tariffs on us, and also the likelihood of Germany contracting African swine fever (ASF) and having restrictions placed on its export markets.

See also: Advice for selecting and managing gilts up to service

As it happens, neither of these has occurred yet. But lo and behold, we have lost a market because the main German plant that handles our sow carcasses is closed due to a high Covid-19 infection rate among staff.

We cull 24 sows every three weeks and a couple of months ago we were receiving more than £150 each for them.

The 24 I had booked for the 6 July were cancelled. Thankfully we managed to get them away a week later, although they will realise only about £55 each.

This situation could get a lot worse before it gets better and the culls will be backing up on a lot of UK pig farms.

Most of our culls are selected for age at parity six, so we do have a young herd. If this situation looks like carrying on for a long time, I have the option of reserving them and selling the gilts that would have replaced them as bacon pigs, though I would rather not if it could be helped.

There may be things happening behind closed doors that I am not aware of to rectify the cull situation, but if not, AHDB (Pork) should be using some of our hard-earned money to find a new home for it.

They should have done that a long time ago. AHDB has had had a lot of success in developing new markets in Asia and there is a world shortage of pork.

Apart from that, I have been looking forward to my first haircut in five months. I am looking rather woolly.