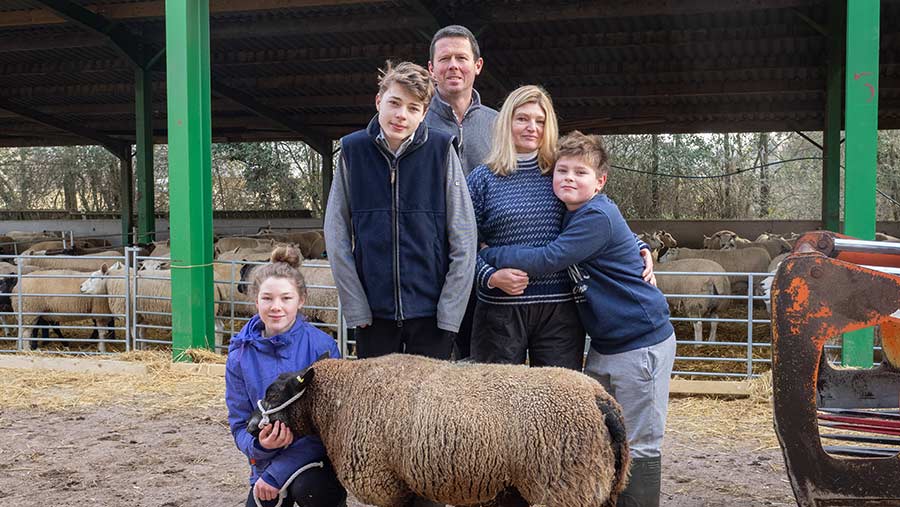 So, what happened with the election? By the time this is published, another load of false promises and soundbites will be over for, I suspect, a short period of time. How will it affect us?

We were recently mentioned in another article for the West Country daily paper after the Meat: A Threat To Our Planet? programme on the BBC.

We tried to put over what a lot of dedication and effort is required to feed the nation. Well, feed the nation until 10 August anyway (because we are only so self-sufficient).

If the British retailers and government really don’t want us, we could put solar panel on our acres or tree it over.

Meanwhile, the ewes need feeding to prepare for lambing. The pedigree ewes only scanned about 155%, despite having an easy tupping. Ten years ago, we were at 190%.

I think it just shows you what embryo transfer-obsessed breeding in the top flocks is doing to the Texels – not good, in my opinion.

We finally got the maize in. We did it through chopping and tipping in the field, then reloading into cleaner trailers.

Even with a road sweeper, somebody complained, but the Highways Agency chap seemed happy with our efforts.

Due to the mud, we left a lot of maize in the field to avoid listeria in the animals.

I’m a bit “bah humbug” at Christmas. The excess of spending, the pressure to spend and the gluttony in food shops will sadly see far too much being wasted.

Our children have been educated to appreciate what we have (they do have an awful lot) and not to want.

So many of their friends have no idea of the agricultural world and the fantastic experiences we have.

We hope to have a slightly smaller turkey this year. A friend started rearing last year, not realising the many strains of turkeys.

We ended up with one of his smallest ones at 13kg. We had to cut it down the breastbone to get it in the Aga, but it tasted fantastic.

I hope everyone gets some relaxation over the holiday period.