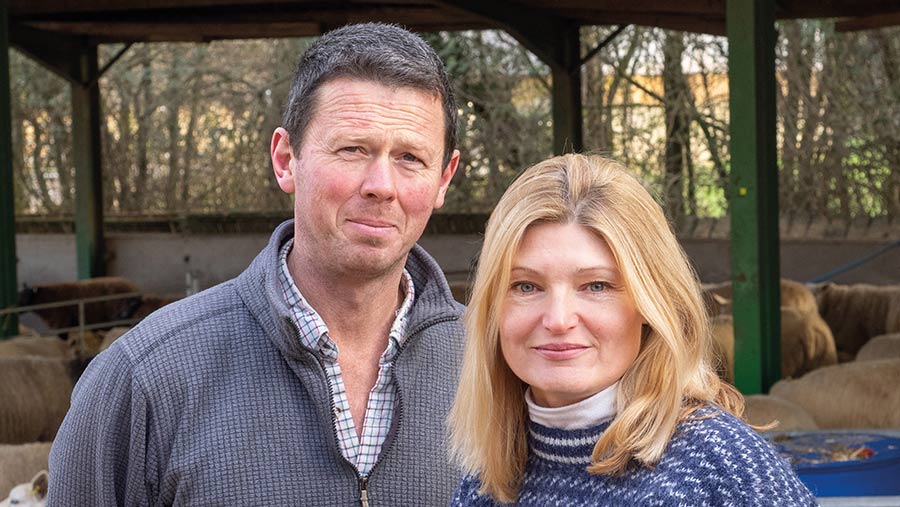 The parallel universe where plans are adhered to, the weather is consistent, and sheep don’t do “sheep things” – it must be nice there.

A very funny video is doing the rounds on social media – “Why lambs die novice chase 2021“.

Non-sheep people would probably be confused, but the lunatics who put all their efforts and attention into sheep will find it very funny. Best of all is the winner of the “Best way of dying” trophy, which is called “‘Cos I could”.

At the time of writing, we are trying to get the maize in. The dry stored farmyard manure has gone on at a generous rate, then we follow with ploughing, subsoiling, power harrowing and flat heavy rolling to try to preserve some moisture.

The leys on rotational grazing are holding up well and the ewes must be milking, as the lambs are not hitting the creep feeders hard yet.

The silage on the rented ground is running about three weeks behind at the moment, as it’s cold and dry.

The pedigree lambs have had both Heptavac injections and a coccidiostat drench. They are on new leys, so hopefully they won’t be bothered by internal parasites for a while.

The commercial lambs have had their first Ovivac and a coccidiostat. We are now on nematodirus watch as night frosts have kept soil temperatures down and I can only assume when the temperature holds there will be a mass hatch.

Some early fly activity brought out the fly spray. I cannot stand maggots, and have not got the time to deal with a breakdown.

I have recommenced the cattle foot-trimming round, but am not hugely enthused to be off-farm. However, we need the money to pay for the construction of a silage pit.

Having cleaned the farmyard, everything is ready for the builders after silage is completed.

The debate on the future of AHDB is interesting. Undoubtedly money has been wasted in the past.