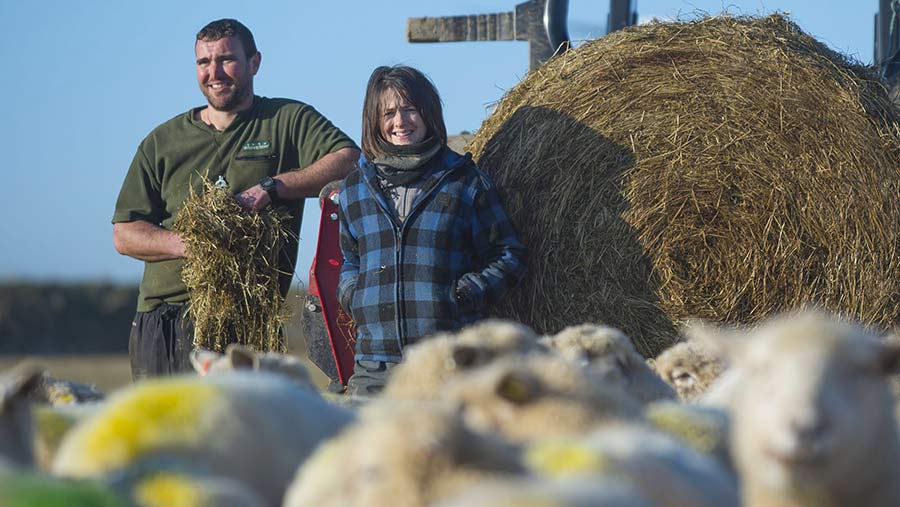 They say March comes in like a lion and goes out like a lamb. We’re hoping so, as lambing for us is looming closer.

Our poor ewes are definitely getting sick of the weather, and will be glad to have some sun on their backs.

We have had a very frustrating few weeks. It started with a power line coming down and electrocuting two in-lamb sheep – a ewe lamb and a two-tooth. It’s typical they were both carrying twins.

The rest of sheep in the field were wound right up. It was although a dog had been in there.

We rang Western Power and our insurance company immediately, and it has been nothing but hassle.

There were 303 in the field, and we were worried that some would have lost lambs due to the stress, so we had them re-scanned.

We had 12 doubles and four singles lose lambs – not an ideal start to the lambing season given that this winter has already been a challenge.

Hopefully something will be sorted out, as it’s a big loss to Pip and I.

Before we went to New Zealand I put my Huntaway bitch to a very good Huntaway dog. Unfortunately when we had her scanned the other day we found she hadn’t held.

It was really frustrating as it would have been a good time to have her off work during lambing.

In preparation for the record attempt this year we have been busy pre-lamb crutching all of the ewes involved across five different farms. This entails shearing a full belly through the crutch and around the tail.

With the number we have had to do and limited time with the weather, the help from local fellow shearers has been gratefully appreciated.