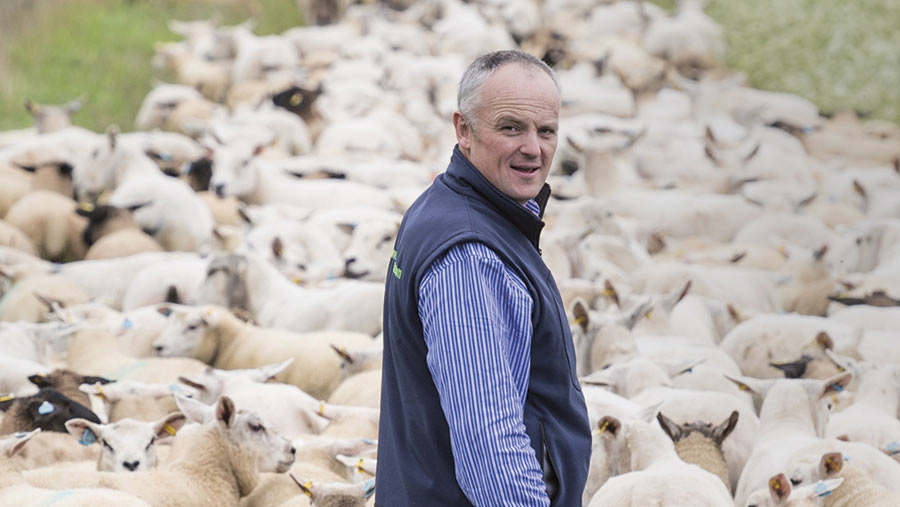 Following the Scottish rugby team is like lambing. When it’s going well, it is great fun, but when the wheels fall off it can be very cruel, leaving you looking for a shoulder to cry on.

By the look of things, England have the old chariot back from the repair shop, while Scotland are now definitely on mates’ rates with the hospital along the road from Murrayfield.

Our lambing at Fearn has started, the latest ever, with 550 stud ewes brought inside on 9 March for a start on 12 March.

Feeding them on fodder beet has been a success so far. It’s been far easier for the staff,more  cost-effective and so far the ewes are milking reasonably well.

If anything, I think we may have underdone them slightly. Some of the ewes are leaner than I would like, but we haven’t had any prolapses to date, which can sometimes be a challenge.

There’s no doubt that we will be growing the crop again next year. We are confident we can make a better job of the agronomy and it has been a game changer for wintering various different stock classes.

Trial work will continue next year as we seek the varieties that best suit the north of Scotland.  Hopefully we will have a slightly colder winter that will test winter hardiness properly.

Now that lambing has begun it will be fairly full-on for the next two months. As soon as the first stud ewe cycle has passed, the main mob will start, closely followed by our hoggets, which this year are mainly in lamb to a Southdown or Shetland ram.

We had hoped to have had some fertiliser on grass by now, but just when we were about to start we had a deluge of rain that has delayed play for a couple of weeks until ground conditions allow.

Geese are proving quite a challenge as they use our grass fields as a final stop before migrating north for the winter. Various methods have been used in an attempt to deter them.

We have now been granted a license from Scottish Natural Heritage to cull a small number on two farms where they do the most damage, which should help the situation.

I hope lambing and calving goes well for you all.

John and Fiona Scott farm 200 suckler cows, 4,500 breeding ewes as well as some crops across 2,226ha. He also has two contract farming operations and generates energy from a small-scale wind turbine and biomass boiler.