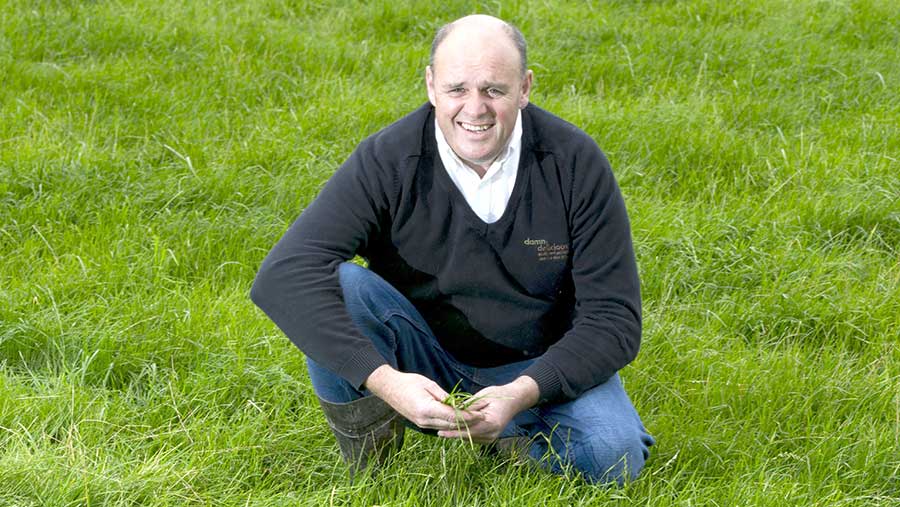 Even after our first big frost on 1 October, we still have an abundance of grass. This could be a result of a late application of nitrogen while soil temperatures were still up at 15C (now 10.5C).

Last year, because of the drought, I applied nitrogen much later than usual and was really surprised by the response I got, so this year I did it again and applied my last 123.55kg/ha on 11 September.

The great benefit of being involved with the national grass monitoring initiative GrassCheck is that I can now accurately measure grass growth. My measurements in the last week of September showed my growth was 54.5kg DM/ha which means I am still running at a surplus.

I know a lot of grass-based dairy farmers would roll their eyes at my observation regarding late nitrogen, but it’s just not the “done thing” on beef farms, so it has been quite a revelation to me.

The rotation is continuing and my projections are that the cattle will still be grazing grass past the normal “start” date for forage crops of 14 October.

It is fair to say the cattle do look well and I have started buying stores to restock. As cattle have been sold over the summer, it was nice seeing the overdraft dropping, but a few days at the market or with the Farmstock agent will soon put me back into “squeaky bum” mode.

Lambs have been weaned and weaning weight was slightly back at 32.7kg against 33.11kg last year. Only one lot has been marketed and I was a bit disappointed that they only killed out at 17.96kg.

Since I have an abundance of grass, I have decided not to rush to take another draw and to try to take them to heavier weights. Let’s hope Brexit doesn’t scupper the price.

The butchers have been really busy, and our sales are well up, both in the shop and online. The first six months of this year were extremely difficult, but the past three months have been fantastic.

Maybe more people are realising that they can still eat meat and save the planet. They just need to eat grass-fed lamb and beef.