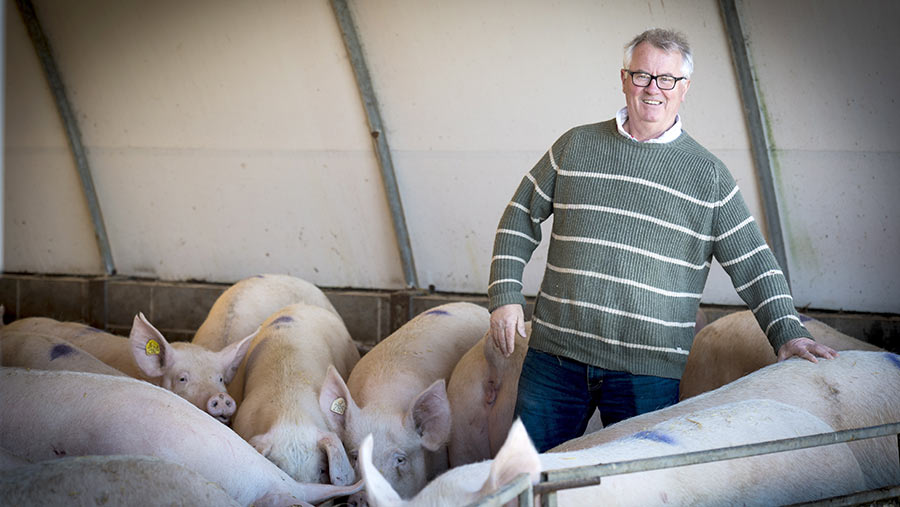 The winter of 2017 saw our breeding herd break down with PRRS (Porcine Reproductive and Respiratory Syndrome).

This is the most damaging virus, economically, for the pig industry worldwide. This is only the second time in 25 years that we have been struck down so we are more fortunate than many others.

With PRRS you basically have a full cycle (four months) where your conception is affected. You also have abortions and abnormal returns, reduced viability piglets and higher mortality as a result.

Previous to the most recent breakdown we were vaccinating the sows each lactation with a live PRRS vaccine 2.4 times/year. As a result of the breakdown, we switched to a live vaccine and also switched strategy to whole sow herd vaccination every three months.

I was slightly concerned the first time we did the sows as, unlike our previous vaccine, there was no reaction in the animals. Previously, sows would go off their food a bit at the next couple of feed times, but with the new vaccine we have not seen this.

Russ Warin from Hipra came on farm and gave us a demonstration of their new needle-less vaccination gun.

It is a system which appears to work well for the pig, the farmer and the environment.

There is no disease transmission from animal to animal via needles and syringes. It is also self-cleaning and self-loading so there is less chance of accidental self-injection.

Sows are vaccinated from behind while they eat, meaning there is less chance of staff being trapped or crushed.

The first time we did the 700 Sows and 100 maiden gilts it took two of us one hour with the new system. It used to take us at least two hours with lots of broken and bent needles and the odd trapped arm.

When your herd breaks down with something like PRRS it really is distressing for everyone on the farm.

However, with a good vaccination programme you can not only fight back but also improve performance and reduce antibiotic use, as we have done. We are now selling more than 31 pigs a sow a year with single-figure antibiotic use.