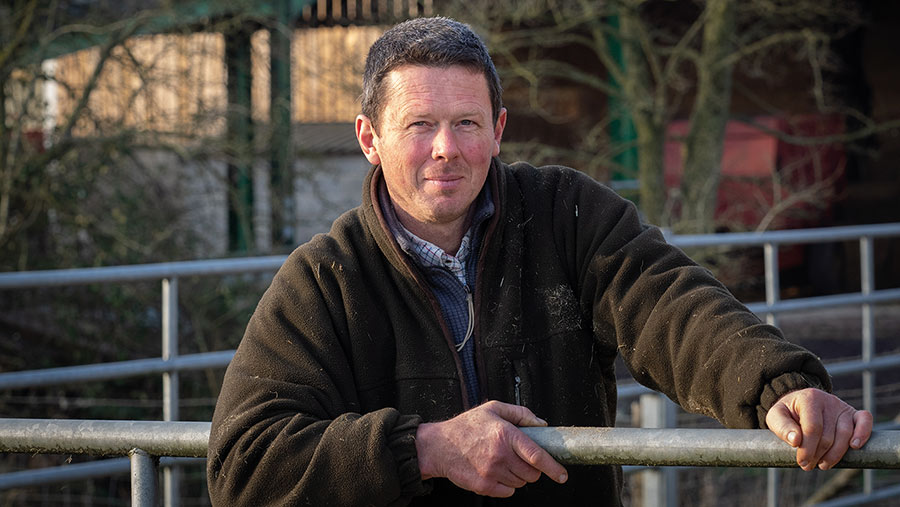 After good moisture, grass growth is exceeding demand. The high-sugar clover leys at home are off the scale, with weaned lambs progressing well.

The ewes are grazing permanent pasture on the rented ground and hopefully will improve slowly.

The first draw of commercial lambs before weaning saw 196 out of 724 (27%) go to market on a good trade at 38-44kg at Worcester and Cirencester.

Weaning had knocked them more than I thought so another draw is a week away. Hopefully, the lamb price won’t fall out of bed beforehand.

We will store some small lambs as they won’t make the weight in time.

Our crop (perhaps first time lucky) was drilled on 26 April after a very heavy application of muck. The combination of moisture-retaining clay and extreme fertility has resulted in a crop above 2.4m tasselled and cobs coming out in mid-July.

I am not sure what my thoughts are on maize grown under plastic. I have a feeling it could be a PR disaster waiting to happen.

Soil fertility is becoming increasingly important as chemical inputs are failing, being withdrawn or likely to be taxed heavily.

Our commercial ewes are playing a part in improving fertility on one of our arable fields. It is clear where the sheep have sat or walked for 18 months, with deep lush green grass in those areas, but it is still a weak ley in some areas.

The old Norfolk four-course rotation (wheat, turnips, barley, clover and ryegrass) could surely be tweaked into a modern management system creating a sustainable healthy future for us all. Pity the politicians can’t see it.

We have picked up the flock replacements from my cousin, Sandra. She buys good North Country Mules and, crossed with our muscly Texels, give us super ewe lambs.

We are sorting rams now for the sales. As we produce grass-fed only rams, they are a little disadvantaged at sales when stood next to grossly fat, cake-stuffed ones. I would stress that ours last longer. jameskimber80@gmail.com