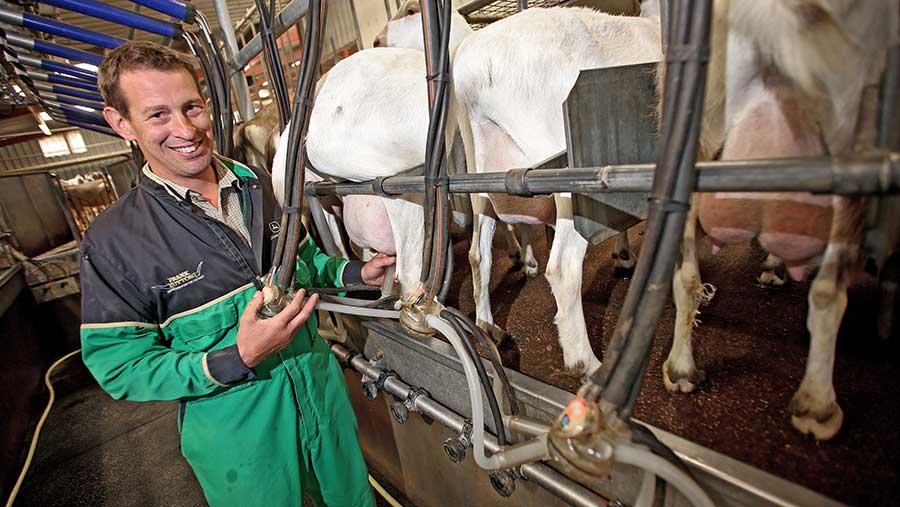 First the good news. Our Welsh Blacks passed the annual TB test all clear – a major relief that will hopefully prevent us having to test all the dairy goats, as we did last summer.

It was good to hear Liz Truss announce an extension of the cull areas in England at the NFU Conference.

With the forthcoming Assembly election, I would urge those of us in Wales to make the effort to attend hustings or contact potential Welsh Assembly candidates to lobby for action in Wales on TB in wildlife – particularly with the suspension of the vaccination trial due to lack of vaccine.

Now the bad news. Like many others, there is still no sign of our Basic Payment Scheme or Glastir payments. And there’s the added frustration of having no idea when they’re likely to arrive.

Kidding is well under way, with a group of goatlings kidding down well and no caesareans as yet. But I should really learn not to say such things in print.

We have just drilled what should have been winter oats into fields ploughed in the autumn after maize that then got too wet to plant.

What little frost we have had this winter has broken the ploughing up and a surprisingly good tilth was created.

On the maize front, we have grown our chosen variety with good results over the past few years.

But after last year, we would like to have something a bit earlier, so are considering new early varieties.

We are yet to order fertiliser and are just getting prices. Considering how the price of oil and commodities has collapsed, fertiliser still seems expensive.

Tractors have been serviced ready for spring work, and the old John Deere 6600 has now clocked up over 7,500 hours. It would be nice to have a shiny, newer one, but the skid steer loader is more essential and probably next to be upgraded… If I can persuade Jess.

The Six Nations title is heading for another big England v Wales clash and I am hoping for some more bragging rights, particularly over certain Warwickshire farmers I know. Come on Wales.