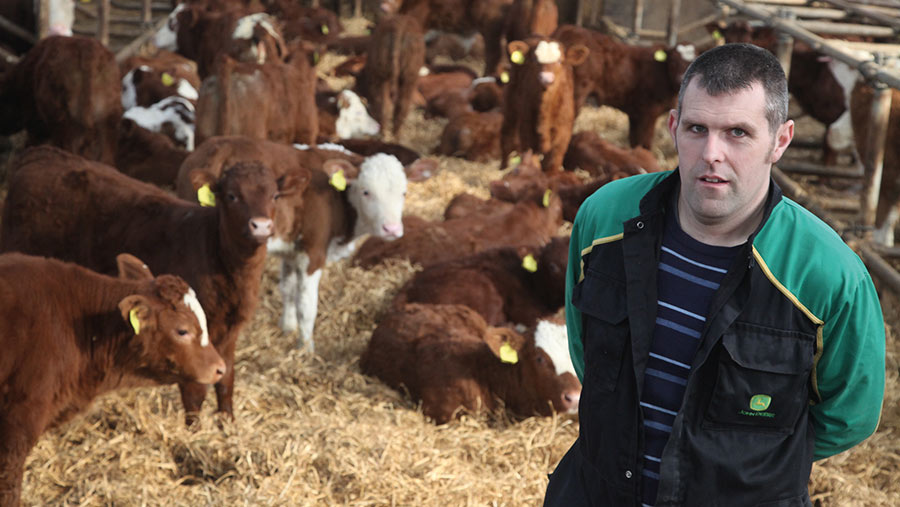 Once the silage is made, it’s good to get on with jobs that will make life easier in the future.

This means making field gates wider, hanging gates in places which I’ve planned for years, replacing old water troughs, filling up holes around water troughs and gateways with “rotten rock”, and slowly, but surely, sheep-proofing fences one field at a time.

The silage aftermath was slower to come despite what seems to have been decent growing weather. Although it’s been a fairly dry summer, we have had enough rain to keep things growing and the stock are doing fine.

See also: How a suckler farmer is achieving six-week calving

Two weeks ago, we spent the weekend on the island of Hoy. Hoy has the highest hills in Orkney and is home to the famous rock formation the Old Man of Hoy.

Despite being in Hoy several times since childhood, this was the first time I had seen him from land.

Farming in Orkney’s outer islands brings even more challenges and cost than what we have on the Orkney Mainland. But it’s good to see quite a few young people choosing farming as a career on the island.

Donald MacIsaac is one of those young people. He works at the farm of Orgil which his family owns.

Donald does most of the work now and kindly gave me a guided tour. He was telling me that around the late 1800s there were 28 people working at Orgil.

This got me thinking about how things keep changing. Whether I like it or not, I’m now nearer retirement age than school leaving age.

I started to count up the changes in our own parish in the last 25 years. The number of farms keeping cows has almost halved.

The number of people making the majority of their living from farming has halved. Full-time employed farm workers are less than half of what they were in 1995.

The only two things which have increased are the number of pensioners still actively involved on farms and the number of farmers who have full-time employment working on the farm.

Hopefully livestock prices will stay where they are or improve, and that may help stop the decline of people from our industry.