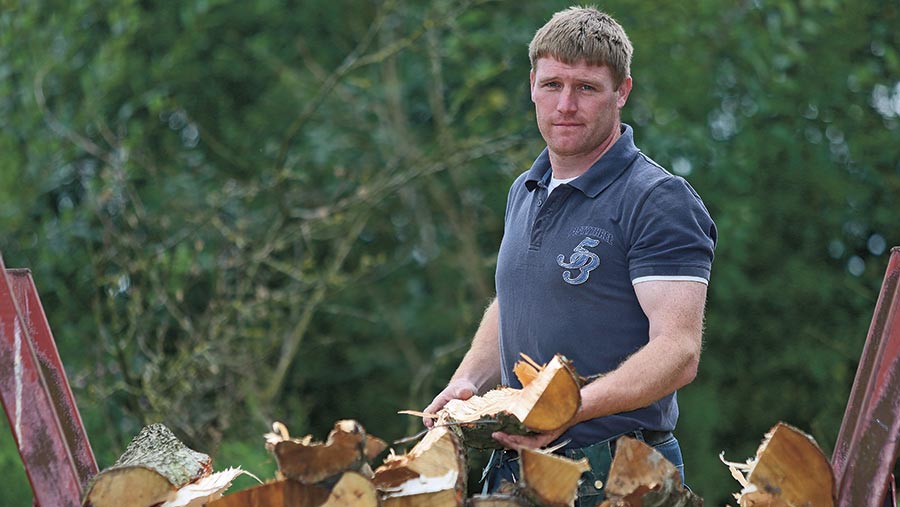 Happy new year. Our SFP was paid on 14 December, two weeks later than 90% of welsh farmers, but four months earlier than last year – so I can’t complain.

As always, the run up to Christmas was busy in our house. As well as school concerts we always try to make it to our local Royal Agricultural Benevolent Institution carol concert held at Welshpool Livestock Market.

It was once again a lovely evening and had a large attendance with only standing room left by the time we arrived. Well done to the organisers.

I also attended the Hafren hedging competition held at Tyn y Waen by kind permission of the Gethin family.

I am astounded by the level of craftsmanship that goes into those hedges, clearly they serve some practical purpose, but could also be considered a work of art.

At home it is all to easy to get the chainsaw and chop hedges off at the butt.

Having attended the hedging match it has prompted me to consider laying a hedge at home, not happened yet but something I would like to master and would like the boys to see.

I have enjoyed a couple of days hunting with David Davies.

We have some beautiful country and weather and company has been great.

I am most impressed with our eldest, Arthur, seven, and how his riding skills have come on this season.

He has really clicked with his pony and has become very confident.

On occasions I have gone home early with him staying out with his grandpa and not coming home until dark.

I attended the Royal Welsh Winter Fair when I had a chat with Waitrose about my last Farmers Weekly article.

While they were disappointed about my comments I certainly felt they were sincere in trying to sort things out.

I have been given an assurance that labelling will be sorted on their ready meals and stronger relationships built with producers.

I look forward to working with them in the year ahead to achieve greater profitability in lamb production.

I have sent two batches of lambs to them since.

Weights have dropped off to an average of 15.9kg, a bit lighter than previous years, but coming off grass and the next crop are not that far away.

The one bunch graded a bit thick with too many lambs falling out of spec.

Overall, our hit rate for this year is 85%, slightly up on last year.