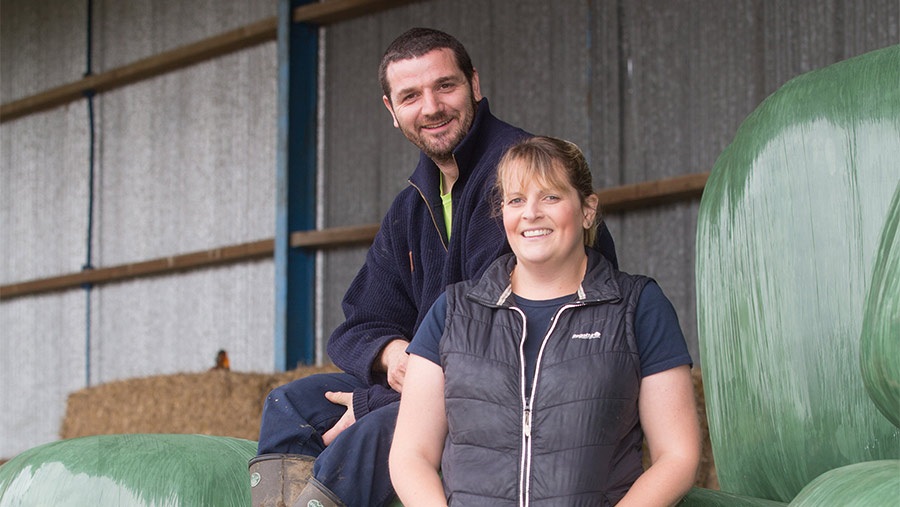 Like everyone else in the country, we have had it very wet.

In late November we hired a digger and spent the next five weeks digging ditches, trying to get water off fields.

We have also had William Mortford in for three days, jetting drains to try to get the in-field drainage systems back in working order.

The results have been mixed. We are certainly able to move thousands more litres of water an hour than we did before, but the jetting has exposed a lot of collapsed drains and drains that are solidly blocked.

We have also become experts at poring over old Google maps of the fields and trying to work out drain locations from old satellite photos.

We spent December very busily trying to put up permanent fencing under a grant scheme before the 31 December deadline. It’s been a nerve-racking three weeks in which I’ve kept my fingers crossed the whole time.

We bought a completely untested Kinghitter post-knocker off eBay. Barring one small weld, it has held up well and been a great success.

Tupping ewes is well under way. There are blue bums everywhere.

We are using all ram lambs carrying the myomax gene on the commercial flock. They seem to have done well and covered everything early in the new year.

We will pull them out and try to find a decent field for them to build up condition.

We will also be taking a wool sample from them for analysis to determine the micron rating (fibre diameter). While not commercially sensible at the moment, I am convinced wool will swing back in vogue as its green credentials become more apparent.

Frosts have allowed us to put on the inter-row hoe and get the geospatial technology fired up to see if we can get narrow spacing drilling hoed. It is a really exciting project, although its first test will be on a small field of oats that never got a pre-emergent herbicide because of the rain, which will be a tough test for it.