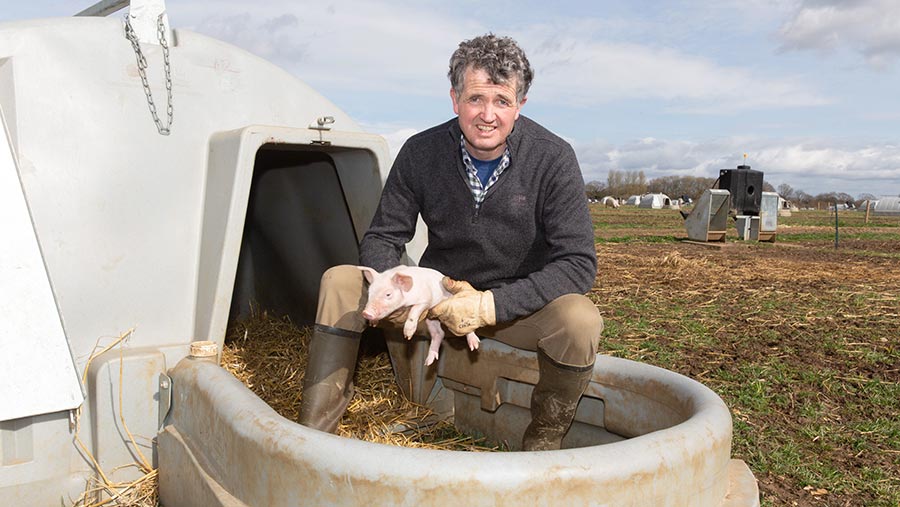 For the first time since the Covid-19 crisis, our small management team at LSB was able to have an evening meeting at a local pub, which is something we usually aim to do several times a year.

Top of the agenda was a report from my employer and I following a farm visit to a BQP unit managed by Ben Andrews, in partnership with GSK farms.

Ben’s unit has been trialling a new breeding system, which is investigating the potential benefits of weaning at 35 days.

See also: How to AI sows and improve conception rates

This system uses a two-week batch system, as opposed to the existing three-week system, where the piglets are weaned after 28 days.

On a three-week system, the routine is: week one – wean; week two – serve; week three – farrow.

By the end of week three, we have two batches with piglets – one is three weeks old and the other has just been born.

On the two-week system that Ben is trialling, the routine is: week one – wean; week two – serve; and repeat.

Farrowing takes place over the weekend between weaning and serving. This means three batches of piglets, not two. In this system, four sets of farrowing accommodation are preferable to give you more turnaround time after weaning.

This takes a bit of getting used to, but I’m all for the logic behind it. Older piglets transport better to the rearing farms, perform better on arrival and finish quicker.

Breeders benefit too. If staff work alternate weekends, the farrowing weekend can be staffed with the same experienced people every time.

Batch sizes are smaller, as there will be 11 (not seven) of them in the system, which should make weaning easier and give more time for attention to detail during farrowing periods.

But the older piglets will require creep feeding, which is an extra job to manage, and for herds that breed their own replacement stock, a few extra adjustments will be necessary.

Extra equipment needed to make the new system work, and the predicted 4.5% production drop, will be covered by a higher piglet price. All we have to do is crunch the numbers and convince our staff – and ourselves – that it is the right way to go.