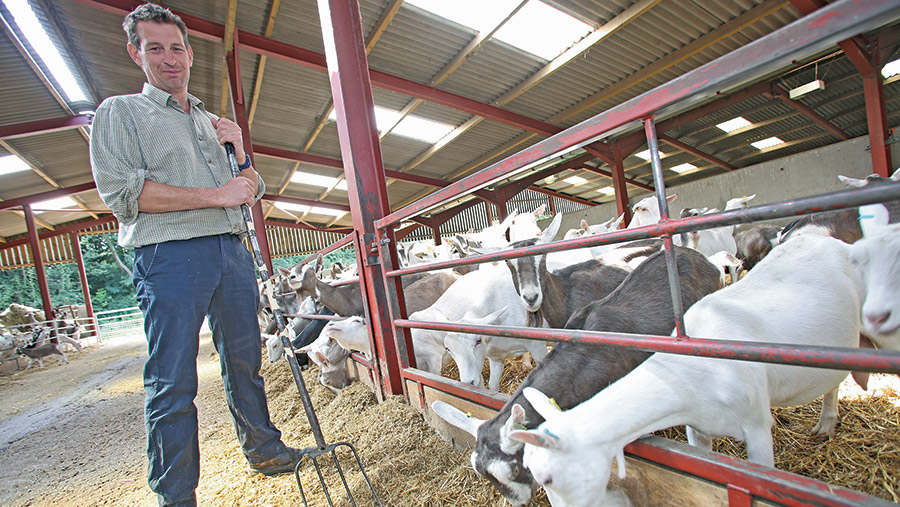 I have just returned from the NFU conference, where I was the voting delegate for Monmouthshire, helping to elect the new presidential team.

There was a standing ovation for outgoing president Meurig Raymond, who has been an office holder for 14 years and did a huge amount for British agriculture in that time.

The debate carried on long into the night in the nearby Walkabout bar and fortunately the NFU Cymru session was moved from 8am the next morning to a much better 2pm.

Welsh farm minister Lesley Griffiths is really getting to grips with Welsh farming issues and has trusted NFU Cymru to develop an all-Wales voluntary initiative to improve water quality.

We also learned of a possible new Phage-PCR test for Johne’s disease that allows accurate testing of both non-vaccinated and vaccinated goats.

At home we have just started kidding and calving, so it’s no more away days for a while. We are fitting an ultraviolet water treatment plant in the dairy to treat the plant wash water, due to a water test result showing a rise in psychrotrophic bacteria.

We are also considering an automated silage-pushing robot to replace the broom we currently use. Pushing total mixed ration up several times during the day increases intakes and milk yield while reducing pushed-out waste feed.

We need one that can travel between two sheds, which increases the price and reduces the options.

Some friends and I went to the Dairy Tech show to look at options. I was particularly disappointed at the lack of hospitality from the trade stands, meaning we had to buy our food from a poor-quality cafeteria.

It annoys me that we produce the best-quality food, but only second-rate catering is provided for us at such events.

Gary and Jess Yeomans run a herd of 700 milking goats across 100ha, which supplies a local cheese factory. They also own a small pedigree Welsh Black suckler herd to graze permanent pasture in Abergavenny, Monmouthshire.