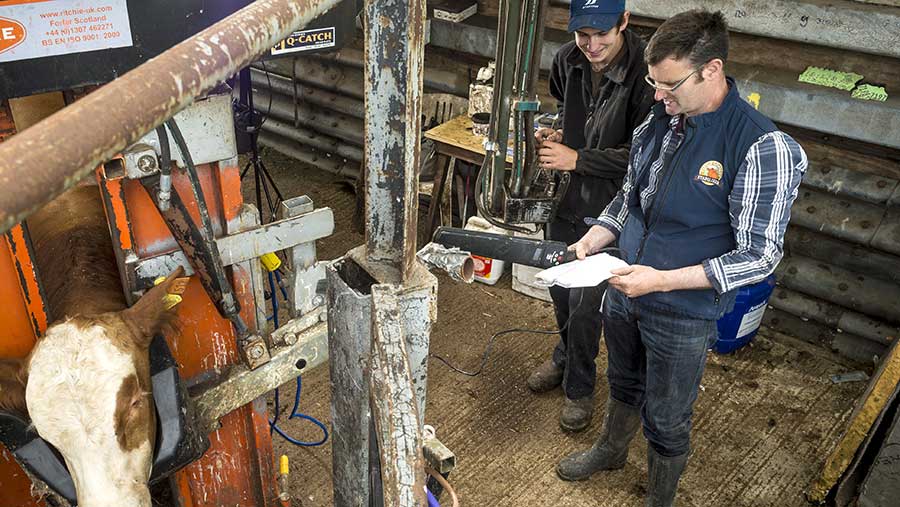 We have had a good run drilling maize. All the land has “milled up” well and we’ve just had a good splash of rain to get everything going.

Some maize popped out of the ground in seven days, so the soil temperature must be well up.

On the Stabiliser bull front, we have killed a lot of cattle in specification at 12-14 months on the visual imaging analysis grading system.

It might be my age, but I am reasonably averse to new technology. However, we push on with it anyway, as it is supposed to make life easier.

A large steer took off with my EID stick reader round its head and gave it a good mauling. I thought there would be a quick fix.

How wrong I was. After ringing the manufacturer, I was told it was obsolete, even though it was only 14 months old, and parts were no longer available.

I was offered a new one with all the bells and whistles at great expense. But, as I pointed out to the manufacturer, I have a very good app on my phone and we run Cattle Manager, which provides me with all the data I require.

All I need a stick reader to do is read tags.

Luckily my brother in law is extremely good with electronic devices and, after some painstaking soldering, we were back in action.

Thanks to a well-known TV presenter who got all his ducks in a row (excuse the pun) and managed to revoke the general licence for control of wild birds, we now have to fill in an 11-page document to shoot feral pigeons that are defaecating in the cattle yards.

Just a little thought – it was 75 years ago that allied forces liberated Europe. Is it not about time we were liberated from Europe?