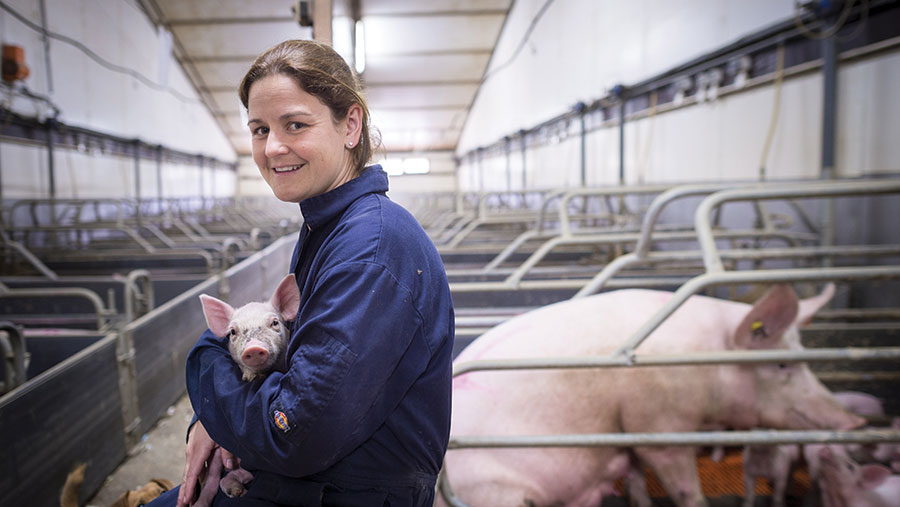 After my excitement about the pig price increasing, I’m sad to say it remains fairly static – with a few weeks of decline and a few increases all equating to the still‑low price.

It could be worse. The price has not dropped below 112p/kg, so we see that as positive.

The weather doesn’t seem to be changing very fast, with only a few nice, dry days, but the daylight helps and the pigs are wanting to get in pig at the moment.

They are seasonal animals and it won’t be long until we will need to think about seasonal infertility.

See also: Pig price increase worth getting excited about

The finishing pigs also prefer a consistent temperature. People worry about them getting too hot or cold. Actually it’s the variation I worry about.

Autumn and spring often bring warmer weather during the day and then a big drop at night. This can result in stressed pigs, which causes outbreaks of meningitis and other diseases. So it’s vital that naturally ventilated sheds such as ours are managed on a day-to-day basis, opening them up to keep fresh air flowing but stopping drafts on the colder days and nights.

See also: Days drawing out and weather drying up

My sister, Vicky, has just set up a benchmarking group with help from Iain Lyle. There are six farmers involved in the group and we will be benchmarking financial data.

At the end of the day it’s the pennies and the pounds that pay the wages, so I’m really looking forward to seeing how we compare with other businesses around us.

It is of course a very sensitive topic and we have signed a confidentiality agreement. I do, however, think this is a real forward step – being open with others to drive our performance, both physical and financial.

Kate Morgan and family farm 1,700 sows indoors in East Yorkshire and 1,200 outdoors in North Yorkshire, taking all the progeny through to slaughter