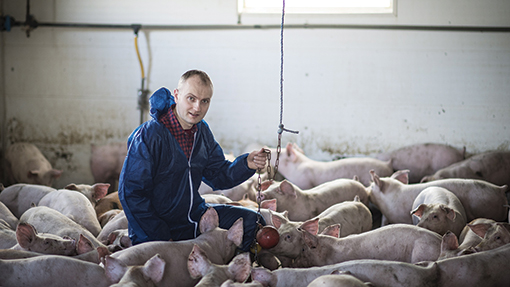 Over the past two weeks there have been major breakdowns at my local pig slaughter plant. As most of my pigs are sent there for slaughter, it has caused major disruptions on my farm and to many other pig producers.

Some producers’ pigs have even been turned away from factory gate. The situation is clearly unacceptable in this day and age, when welfare of the pigs should be paramount. Breakdowns can occur in any production cycle, but I feel that better planning and provision would have resulted in less disruption.

The ripple effect of all of this is a backlog of pigs on many farms, with weights and grades falling outside of specification. In addition there is the hassle on farm caused by not being able to move pigs from one stage to another, as well as cashflow being badly affected. It will take some time to recover.

The guys in Scottish Pig Producers, John and Peter, worked extremely well under high pressure. As well as continuing to market pigs under difficult conditions, they have kept members of our marketing group well informed of the ever-changing situation. Well done lads!

The Farmers Weekly awards appear to have been a great success again this year. It was good to see Northern Ireland well represented and dedicated farmers recognised for their hard efforts.

Congratulations to my neighbour, Gary Anderson, who was a finalist in the Pig Farmer of the Year category – he didn’t win but Northern Ireland will be back next year.

My son John-Mark’s teacher commented about his reading being very good after returning from  the summer holidays. She wondered what we had we been reading with him during the break. The only thing we can put it down to  is the dedicated way he reads Farmers Weekly from cover to cover each week. Keep up the good work,  Farmers Weekly!

Andrew McCrea farms a 740-sow birth-to-bacon business and 150 beef cattle on 37ha. He is a DARD Focus Farmer and was 2010 Farmers Weekly Pig Farmer of the Year